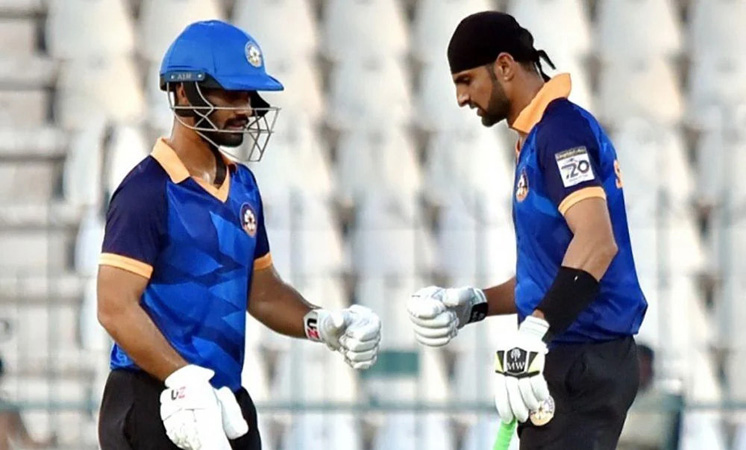 MULTAN: Central Punjab kept their hopes of a semi-final berth in the National T20 Cup 2022-23 alive by registering a six-wicket win over Northern in the 27th fixture of the tournament played at Multan Cricket Stadium here on Friday. Central Punjab have now played all of their ten matches of which they won five and lost five and have finished with ten points. They are tied on points with Khyber Pakhtunkhwa and Balochistan, but Khyber Pakhtunkhwa have played only eight games, while Balochistan have featured in nine games so far in the tournament. Sindh have also played all of their games and have finished with 10 points.

Chasing 163 to win, half-centuries from young all-rounder Qasim Akram and an unbeaten half-century from experienced Shoaib Malik helped Central Punjab to overhaul the target with 12 balls to spare. Central Punjab lost three wickets in the powerplay with 51 runs on the board when Shoaib joined his captain Qasim. The pair knitted a 103-run partnership for the fourth wicket off 70 balls. Qasim was dismissed in the 18th over not before scoring a 37-ball 58, studded with eight fours. Shoaib spanked two sixes and smashed six fours and returned undefeated on 62 from 39 balls. Qasim and Shoaib for their respective match-winning innings were jointly declared player of the match.

Earlier, after opting to bat first, Northern were well in course to set a huge target as they scored 48 for one in the powerplay. They had not lost any further wicket till 15th over with 115 runs on the board. Captain Umar Amin’s departure (31 off 29, three fours) in the 16th over and dismissal of Nasir Nawaz (82, 57b, six fours, four sixes) in the 19th over kept Northern batters in check and they managed to score 162 for five in 20 overs. Central Punjab’s Aamer Yamin was amongst the wickets again as the right-arm fast took three wickets for 29 runs.