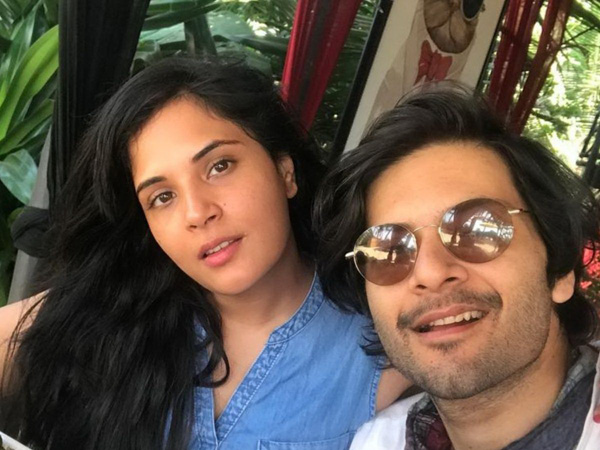 Earlier in 2020, the couple decided to get married. But the plan got postponed with the outbreak of the global pandemic. Their wedding plans got delayed twice in 2020.

Now, the longtime lovebirds are finally getting married in October. The couple has planned to host two receptions; one in Delhi and the other in Mumbai on October 7th.

Chadha and Fazal met on the sets of Fukrey in 2012 and felt connected to each other. Both of them kept their relationship private for a long time.

The official announcement of their relationship came out after the premiere of Ali’s movie in Venice, where the two of them appeared together on the red carpet walking hand-in-hand.

As per IndiaToday, Ali Fazal proposed Richa Chadha in Maldives while having an intimate dinner.