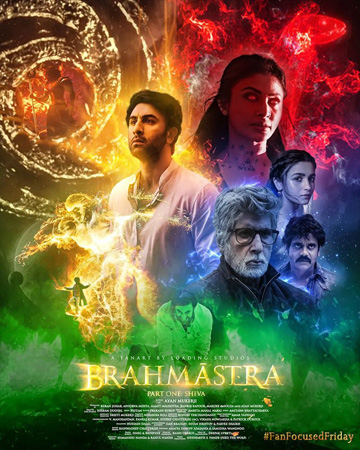 Shah Rukh Khan may get his own film in the Astraverse, as per Indian Express. In a recent chat, Ayan Mukerji floated the idea of a spin-off based on Mohan character during the filming process, “Before the fans were saying it, we were also saying that ourselves. When we were shooting the sequence in 2019, we were also saying on sets. As we discovered the personality of the scientist, we said, ‘Yaar, we have to do stuff. We have to do the origins story of the scientist!'” The filmmaker teased the spin-off may tell the background story of the scientist, adding, “We were also vibing on that frequency, my assistants and I. So, I guess my response to the spin-off demand is that: We are already thinking about it.”

“We are hearing everything and are planning our next moves,” the director added.

The fantasy-based sci-fi drama was hit in theatres on September 9 and has been smashing many records at the box office. Ayan Mukerji is planning to make the film as a trilogy and establish a multiverse called Astraverse.