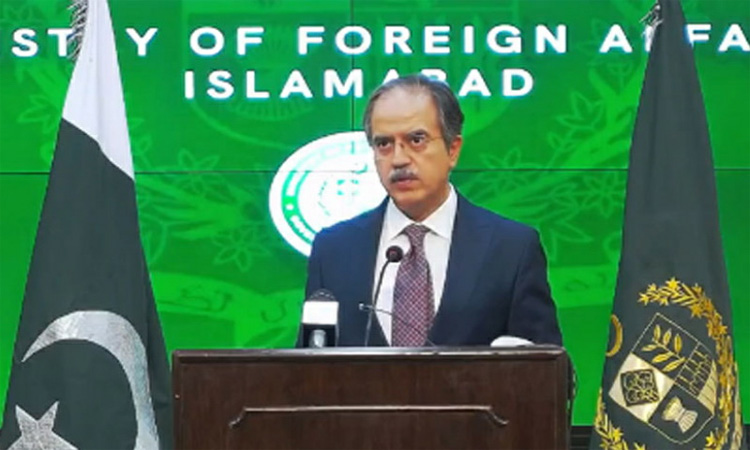 The Foreign Office spokesman Asim Iftikhar has rejected media reports regarding any stoppage of work or abandonment of the Neelum-Jhelum Hydropower Project.

Responding to a question during his weekly news briefing in Islamabad on Thursday, he said India is once again churning out false and baseless reports regarding the Neelum-Jhelum project. He said a fault was detected in the project and is currently undergoing remedial works for which the concerned entity, Gezhouba Group of China, has been contacted. He said the group has already attained full mobilization at the site and at present, the work is proceeding smoothly without any interruption with completion expected in 2023.

The spokesman said that there is no truth in any report of work stoppage or so-called abandonment. He said these reports are aimed at misleading the public, as well as part of malicious propaganda efforts to fuel controversy around Pakistan-China relations. He said such efforts will not succeed as all-weather strategic cooperative partners are fully committed to strengthening bilateral cooperation for the benefit of both countries and people.

Regarding another question about presence of a UN-designated individual in Afghanistan, Asim Iftikhar said that the person is a proclaimed offender and wanted in numerous terrorism-related cases in Pakistan.

He said Pakistani authorities have formally raised this issue with the relevant Afghan interlocutors on multiple occasions. He said Pakistan as well as the international community have sufficient reasons to believe that there are still pockets of ungoverned spaces in Afghanistan that have been used by terrorist groups as safe havens.

The spokesman said that multiple deadly cross border terrorist attacks from Afghanistan only increase these legitimate concerns. He urged the Afghan interim authorities to take concrete and verifiable actions to deliver on the assurances they have given to the international community that they will not allow anyone to use Afghan soil against any country. Responding to another question, Asim Iftikhar said that any efforts to destabilize Pakistan will not be tolerated.