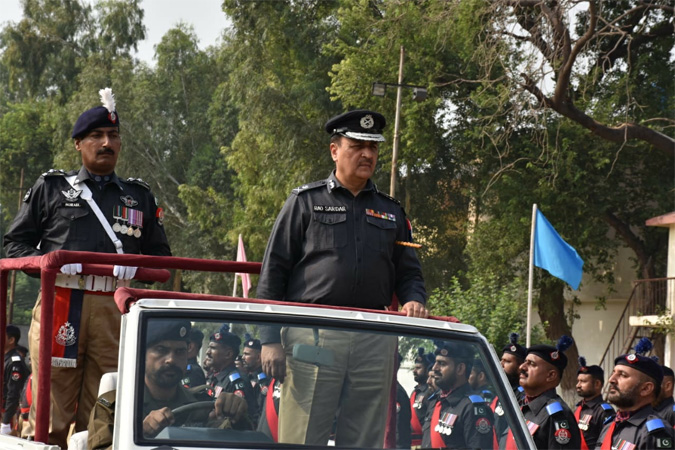 A posse of men and women displayed immaculate turnout and grandiose parade marked by precise drill movements that speaks volumes of high standard of training. Their proud bearing is reflective of the uncompromising standards pursued at this institution.

The day’s passing out ceremony commenced after the chief guest IG Railways Rao Sardar Ali Khan, in keeping with ceremonials, drove past the guard turnout, before he was affably received by DIG North Dr. Muhammad Waqar Abbasi together with the AIG Admin Qaiser Bashir Makhdoom and Principal Walton Syed Ibrar Shah. Principal RPTS formally addressed and gave an overview of the whole training module.

IG railways, on his address, congratulated the trainees on their marvelous accomplishment. He commended the efforts of faculty and instructors. He hoped and prayed that this quest for excellence will become a permanent future of their personality throughout their life. He further said that RPTS is considered a cherished institution that brings remarkable changes in its trainees. It imbibes esteemed values among its trainees. He hoped that the standards set here must serve them as the yardstick in their future professional pursuits.

Special attention being paid to their best professional training, so that promotion of eligible personnel could be expedited as per merit and seniority, added IG railways.

He further said that the Railways Police are going to introduce many indispensable changes in the department to meet the modern requirements. Acknowledging the special efforts of DIG North Dr. Muhammad Waqar Abbasi, he said that online system is going to be introduced in railways police stations in the offing and advance softwares like CRMS and PSRMS will soon be the part of the system.

IG directed the passing out personnel of the Upper, Intermediate and Lower class courses to perform their duties with utmost diligence and dedication and to be the helping hands of the aggrieved passengers. He also emphasized to play their better part in the protection of assets of Pakistan Railways. Apt and prepare yourself for the development of Pakistan Railways, and develop the ability to be a true servant of the people, added IG Railways.

Special awards were given to best performing trainees, with Ikram Dogar, Allah Ditta and Faisal Shehzad emerged as the overall best trainees.