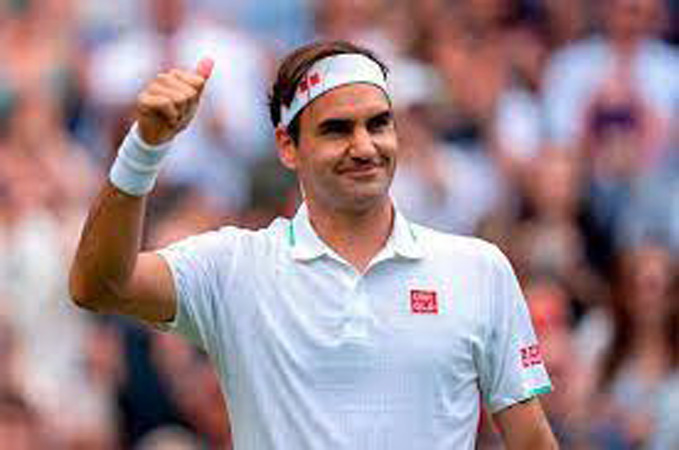 GENEVA: Swiss tennis legend Roger Federer is to retire after next week’s Laver Cup after admitting on Thursday his battles with a knee problem had forced him to call time on his historic career. “The Laver Cup next week in London will be my final ATP event,” he said in a statement posted on social media. The 41-year-old winner of 20 Grand Slam titles has been out of action since a quarter-final loss at Wimbledon in 2021, after which he underwent his third knee surgery in 18 months. “The last 24 years on tour have been an incredible adventure,” he wrote. “While it sometimes feels like it went by in 24 hours it has also been so deep and magical that it seems as if I have already lived a lifetime.”

Federer has struggled with the knee problem for the past three years that has restricted him to only three of the 11 Grand Slams staged since the start of 2020. His fellow tennis legend Serena Williams is all but certain not to play again after bowing out of the US Open in the third round this month. Federer said that his body had effectively told him it was time to bring the curtain down. “I’ve worked hard to return to full competitive form,” he wrote. “But I also know my body’s capacities and limits, and its message to me lately has been clear. I am 41 years old. I have played more than 1500 matches over 24 years. Tennis has treated me more generously than I ever would have dreamt, and now I must recognize when it is time to end my competitive career.”

‘Most fortunate people’: Wimbledon paid him a handsome tribute in keeping with him being a record eight-time champion in the only Slam played on grass. “Roger, Where do we begin?” tweeted Wimbledon. “It’s been a privilege to witness your journey and see you become a champion in every sense of the word. “We will so miss the sight of you gracing our courts, but all we can say for now is thank you, for the memories and joy you have given to so many.” Teenager Carlos Alcaraz, the coming man in tennis having won the US Open last Sunday to become the youngest ever world number one, paid tribute to him as well with a broken heart emoji on Twitter. “Thank you for everything you have done for our sport,” Alcaraz said.

The Laver Cup team event in London will also give him a final chance to play competitively as part of the “Big Four”, who dominated tennis over the past two decades. Rafael Nadal, who holds the record for Grand Slam titles with 22; Novak Djokovic, who has won 21 Grand Slam crowns; and two-time Wimbledon champion Andy Murray will all play together as part of Team Europe. Federer paid tribute to them too. “I was lucky enough to play so many epic matches that I will never forget,” he said. “We battled fairly, with passion and intensity, and I always tried my best to respect the history of the game. “I feel extremely grateful. We pushed each other, and together we took tennis to new levels.” Federer had said back in July he hoped to play one more Wimbledon. He departs with regrets but added that he had lived a life that many would envy.