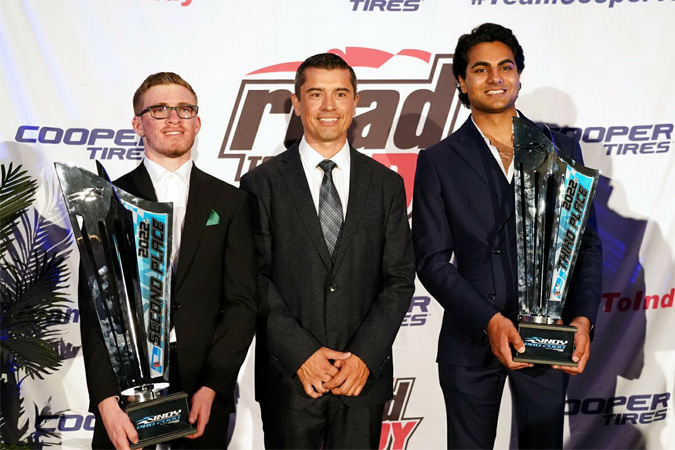 Islamabad: You are a renowned motorsports racing driver. It’s a pity we don’t have the sport in Pakistan. Why do you think it’s that?

We don’t have much motorsport in Pakistan because it’s generally very costly and it can become a very expensive sport for teams and manufacturers. As far as championships are concerned, to even make it to tracks in the first place is going to take a lot of money. I think the government needs to put that money into things that are more important in the country at the moment. Hopefully in the future, when the country thrives, that’s when we can have motorsport facilities.

You have raced in esteemed and prestigious championships like Indy Pro, RP Motorsport as well as the FIA Formula 3. For the uninitiated, please tell us which is the biggest motorsport championship that there is and where is it held every year?

The biggest championships I competed in were ‘F.I European Formula 3’ and ‘British Formula 3’. I won the British Formula 3 championship, and in the F.I Formula 3, I won a lot of the races. That’s the biggest thing that I’ve done so far. I’ve raced drivers who are currently in Formula 1, some of whom I’ve beaten in races and those were some of the best young drivers in the world. These races are held all over the world.

You are only 22 years of age and have your whole life ahead of you. Do you think at some point; you might want to change profession?

At the moment I’m only focused on races because that’s what I feel like I can do to change the world. I want to change how Pakistan is perceived around the world, especially in the United States. That is my main focus and my goal in life. I want to prove to the world that any Pakistani is capable of being the best no matter what they set their minds to because I believe that in our country there’s so much talent that is unutilised. Also, that’s something that I would get involved with after racing actually, to fund sports and give these athletes in Pakistan a chance to fulfil their dreams. Yes, of course, I feel the danger in motorsport, I mean it’s there all the time. But the fear is what I enjoy. I enjoy fighting against that fear.

You are an influencer on social media also with a tremendous following. Has that helped you connect with fans effectively?

Yes, my social media has definitely helped me connect with fans, especially in Pakistan. The most common question I get asked is how to get started to which I respond, the way to get started is through Go-Karting which is how I started when I was 8 years old. In Pakistan there are a few Go-Karting tracks that are pretty good. A lot of people can get started from there.

What do you like to do in your spare time?

In my spare time, I sell high-end hypercars, like Ferraris and Porches. I’m able to source cars that people can’t get. I have access to certain million-dollar cars because I’m in the motorsport industry so I get first basis on choice with these cars. That’s what I do in my spare time as a side business.

Tell us about your most recent race.

In the last race of the year, I came third on the podium, finished third in the driver’s championship and we also won the team’s championship. It was my first-time racing in America and no one expected me to do so well. I like surprising people especially when they think a kid from Pakistan can’t do any of the things that I did.

Have your studies ever been affected by your profession?

When I was growing up my studies were affected quite heavily because I was Go Karting, then starting off into Formula 4 and then Formula 3. So because of my car racing career, I had to take a lot of time off school but I still managed to finish high school. However, after that, I became a full-time professional driver and there was no time to carry on school anymore. By the time I was 18 and 19, I went to go live in Europe and then I went to go live in Japan full-time.

What other sport do you play other than racing?

Other than racing, to be honest, I train every day, I run, I cycle, I row, I do water skiing, I play sports, any sport I can do, cricket as well sometimes. I like doing anything with adrenaline, bungee jumping, and sky diving. I’m always active and I’m always playing sports so that’s a big part of my life.

How do you prep yourself before any race? Does diet play a good role for racers?

Before all of my races I start my preparations about 3-4 weeks before. I do heavy meditation, a lot of cardiovascular exercises, vision training, reaction training, and also brain training and I have a very strict diet going into the weekend. Lots of water, lots of hydration and we’re constantly doing blood tests to make sure that my blood and nutrient level is at an optimum level, leading up to the weekend because that’s very important for optimum performance.

Who has been your biggest influence in motorsport?

In terms of who influenced me in my career, I would say when I saw Lewis Hamilton win the world championship in Formula One in 2008. Seeing another driver of colour win, that’s what inspired me to get into racing and that’s it and then I never looked back since then and that’s all I have been doing.

The writer is the Lifestyle Editor at Daily Times. She tweets @cheenaagha and can be reached at saira_a16@hotmail.com