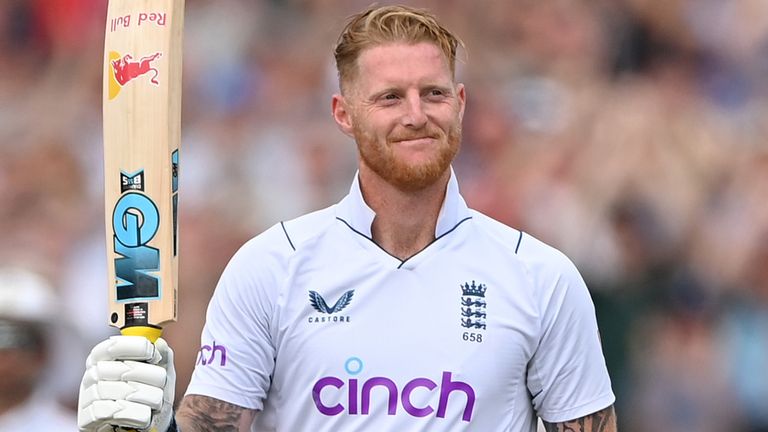 Ben Stokes is excited to lead England against Pakistan in this winter’s historic Test series.

England will play Test cricket in Pakistan for the first time in 17 years with three games scheduled for December. They will first play seven T20 Internationals in Pakistan as part of their preparation for the T20 World Cup before returning for the Test series.

After a strong start to his captaincy, which saw England win six Tests in a single summer for the first time since 2004, Stokes is eager for his squad to challenge themselves in the subcontinent.

Cricket on the subcontinent is typically a slow grind, unlike cricket in England. For instance, in March, Australia needed 15 days of cricket to defeat Pakistan by a single run in the final session of the final Test.

Security reasons have prevented the team from playing a series in Pakistan since 2005, therefore the question of whether Brendon McCullum’s explosive “Bazball” style can now succeed in Pakistan is still present.

Because we will face a completely new task, Stokes added, we can’t rely on the fact that we have won six of our last seven games. “We will need to keep trying to achieve it in Pakistan,” the speaker said.

“[We must] Turn toward the danger Pakistan offers to us. Pakistan’s surroundings will be very dissimilar from this one. Nevertheless, we want to keep playing in the way and with the form that we have already demonstrated.”

The country is heated. As opposed to England, you won’t get nearly as much assistance handling the ball. Your journey will have a lot more spin. We are eager to start this new project.

“To show that we can stay upbeat under different pressure situations and continually work to put the pressure back on the opposition.”

Stokes says it is an intriguing concept that his club has a “very high ceiling.” Who knows how much further this cause will be taken in the coming years? Due to serious injuries they had this summer, two of our finest fast bowlers have missed a lot of games.

“It’s frightening to think of where things could go, especially with the ball, now that Woody [Mark Wood] and Jofra [Archer] are both perfectly fit. Especially with the hitters we have developing, this club has a lot of potentials that we can explore.

Stokes is resting for England’s T20 squad when they arrive in Pakistan on Thursday ahead of the series opener on September 20 in Karachi. They will play three more games in Karachi before the remaining three games of the series are played in Lahore.

England will be led by Jos Buttler as captain, however, Moeen Ali is likely to serve in that capacity for the team’s first games in Karachi as Buttler recovers from a calf injury.

Come and join me and @JoshDenzel live this month in Newcastle and Manchester for the @4cast4c ICONS series talking about the highs and lows of life and cricket.