A team that experiments with an offbeat subject gives margin to an actor to perform: Eshal 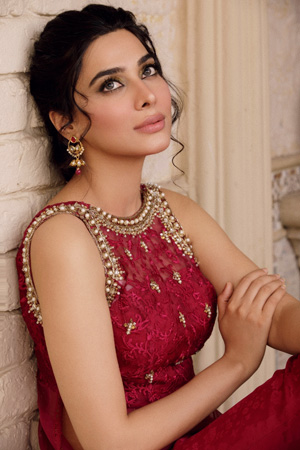 Can you tell us about the most interesting thing that happened to you since you began your career? My trips abroad at the initial years of my career were the most interesting experiences. To see the world at a tender age is was absolutely amazing. It gave me the confidence which later helped me in dealing with people from the showbiz fraternity.

Out of all the characters that you’ve played, which character do you resonate the most with and why?

I would say Abroo, my first role in lead had shades of me. Abroo was free spirited and wanted to lead her life on her terms and conditions. I feel the same. I don’t believe in taking life as it comes without having to regret on anything. Of course Abroo had shades of grey but I don’t have those traits however I do believe in woman empowerment.

What is your dream collaboration or “dream team”?

Any team that is ready to experiment with an orthodox or offbeat subject giving the margin to the actor to perform. Money is also important as one has to keep the kitchen fire burning and of course a good director is the ultimate captain of the ship.

What would you recommend to the aspiring actors or newcomers in the entertainment industry to help them thrive and not “burn out”?

I would say never to become desperate. Wait for the right role to come and be ambitious not to hesitate to approach someone if you hear about a good role or a good script. I understand there is formula of success yet make a decision keeping the dynamics in mind of the situation 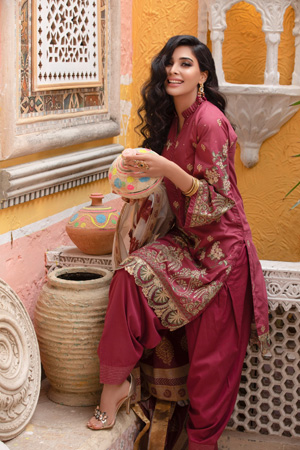 When you first stepped into the industry, did you notice any beauty standards that are alive and well in our industry and media? Do you agree with them?

Yes, beauty standards still exist. A beautiful fair slim looking girl will get a preference but that it ends it there. The journey forward is of course based on how talented you are and if you can do justice to your roles.

Let’s say a woman was an outstandingly talented actress but she didn’t adhere at all to today’s beauty standards. Theoretically, do you think that would get in her way when it comes to auditions, casting and success in general? Why and how?

Yes, absolutely like I said earlier you will be only called for a lead role if you are pretty and young. An actress has very a very short span on the screen. The talent will only get noticed when you make through the audition. I have seen people manipulating and stealing roles right under the nose but that again is short lived. I guess beauty with brains is a win win combination.

Are there any specific types of roles that you usually look for? Is there anything you look for in a female character you are considering to play?

Any role that is challenging and giving me a margin to perform is the one that is I aspire.

Education for girls. I think they are the most neglected and under privileged age group of Pakistan. Maybe at some point of my life I would like to take a project like that.

None of us are able to achieve success without some help along the way. Is there a particular person whom you are grateful towards, someone who helped you get where you are?

There have been some real nice people in my life who have played a pivotal role to bring positivity in my life.

Lastly, what lies ahead of you?

Good roles and good projects with some big banners are in the pipeline but I can’t talk about them right now as I would like them to have the privilege to announce them besides there are few at the discussion level but I would rather be discreet about them as there is many a slip between a cup and the lip.