* The actress, while enjoying the final clash between the cricket teams of her country Sri Lanka and Pakistan, on Sunday, shared a short snippet of Shah 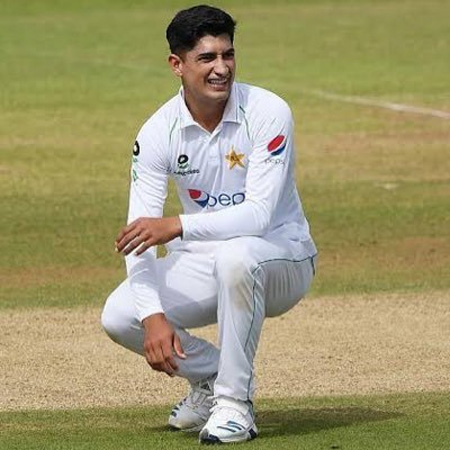 Sri Lankan actor Yehali Tashiya have joined the Naseem Shah fan club too; her latest viral video is proof. The ‘Sinf-e-Aahan’ star is the latest to join the fan club of the Pakistani pacer after a number of Indian actors. Yehali Tashiya shared a video of Naseem Shah on her Instagram stories over the weekend during the final match of the Asia Cup tournament. The actor, while enjoying the final clash between the cricket teams of her country Sri Lanka and Pakistan, Sunday, shared a short snippet of Shah on the photo and video sharing application, as he hit his first wicket of opening batsman Kusal Mendis in the very first over.

“Naseem shah>>>>” read the text on the short clip. While the temporary post is not available on her official handle anymore, the video went viral on social media after several entertainment pages re-posted it. Earlier, Indian TV actor Surbhi Jyoti also praised the cricket sensation following his memorable heroics against Afghanistan in the Asia Cup 2022. “Pakistan has definitely got a gem,” the ‘Qubool Hai’ star tweeted with the hashtag ‘Naseem Shah’.

Previously, Bollywood actor Urvashi Rautela shared an edited clip of her and Naseem Shah as well, which sees the celebs smiling at each other during a Pakistan-India match. However, Shah while talking about the video, said he does not know who or what she is, adding he was unaware of the viral video. “I perform on the field and people send such videos. I have no idea about it. I am thankful to those who watch matches in the stadiums. I like it when they come and cheer for whoever they like,” said the cricketer. Rautela who was one of his followers on the social platform unfollowed Shah right after his remarks.