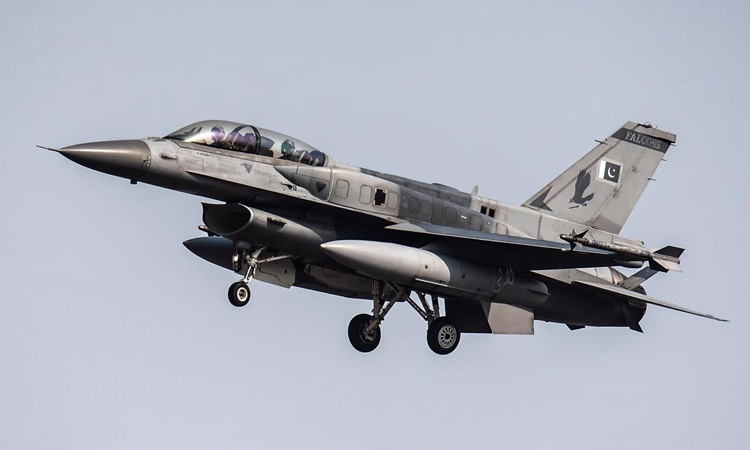 The Biden administration has ignored the “strong objections” raised by India over the proposed foreign military sale of $450 million to Pakistan to sustain the Pakistan Air Force (PAF) F-16 program, and notified Congress in this regard.

Last week, the US Defence Security Cooperation Agency (DSCA) delivered the required certification of this possible sale, which angered India who raised the matter during meetings with US official Donald Lu in New Delhi, according to a report in a leading Indian newspaper.

The publication stated that the Indian Ministry of External Affairs “protested” against the sale of spares of the jet to Pakistan despite the DSCA’s clarification that “the proposed sale does not include any new capabilities, weapons, or munitions” and it “will not alter the basic military balance in the region”. While responding to a question in this regard, US State Department spokesperson Ned Price said, “We did recently notify Congress of a proposed foreign military sale valued at $450 million for maintenance and sustainment services for the Pakistani Air Force’s F-16 program.” The US official stressed that Pakistan is an important partner in a number of regards and an important counterterrorism partner. “And as part of our longstanding policy, we provide life cycle maintenance and sustainment packages for US-origin platforms,” he said. “Pakistan’s F-16 program is important part of the broader US-Pakistan bilateral relationship, and this proposed sale will sustain Pakistan’s capability to meet current and future counterterrorism threats by maintaining the F-16 fleet. This is a fleet that allows Pakistan to support counterterrorism operations, and we expect Pakistan will take sustained action against all terrorist groups,” the spokesperson said.

Price, in response to a question regarding media restrictions in the country, said that the US continues to be concerned by significant restrictions on media outlets and civil society in Pakistan, and raises its concerns about press freedom to all stakeholders around the world, including Pakistan. “We’re concerned that media and content restrictions, as well as a lack of accountability for attacks against journalists, undermine the exercise of freedom of expression, peaceful assembly and association. A free press and informed citizenry we believe are key to democratic societies around the world, key to our democratic future. That applies equally to Pakistan as it does to other countries around the world,” Price said.

When asked to comment on the devastation caused by the floods, Price said, “We are deeply saddened by the devastation and by the loss of life throughout Pakistan that these historic floods have caused. We stand with the people of Pakistan at this difficult time.”

He said that as of September 12, a total of nine US Central Command flights delivered more than half of the 630 metric tons of relief supplies from USAID’s Dubai warehouse for the response to these massive floods. “In total, CENTCOM will airlift more than 41,000 kitchen sets, 1,500 rolls of plastic sheeting, tens of thousands of plastic tarps, 8,700 shelter fixing kits – all in support of USAID’s flood relief,” the spokesperson said.

“In this fiscal year alone, we’ve provided more than $53 million in humanitarian assistance, including urgently needed support for food, nutrition, multipurpose cash, safe drinking water, nutrition, sanitation and hygiene, as well as shelter assistance. We’re going to continue to work very closely with our Pakistani partners to continue to assess the damage that has been wrought by these floods, and we’ll continue to provide assistance to our partners in this time of need,” he said.