Govt to legislate for setting up centre of disease control to prevent epidemics: Elahi 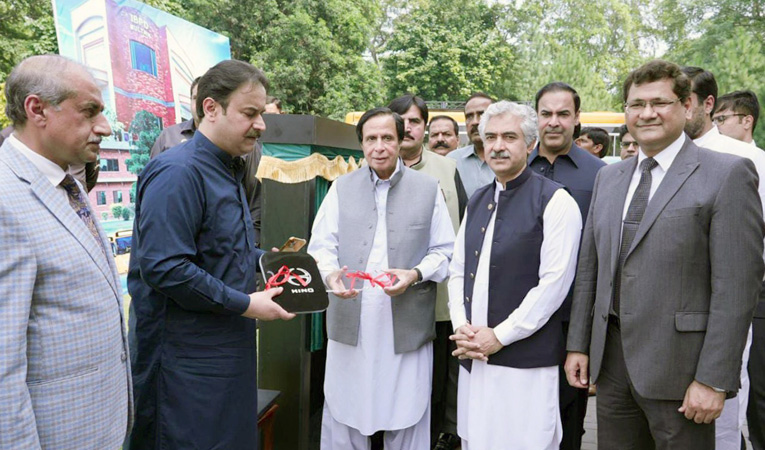 Chief Minister Punjab Chaudhry Parvez Elahi has expressed deep concern over the increase in the number of dengue patients in Rawalpindi, Lahore and Gujranwala and asked the authorities why anti-dengue preventive measures were not taken at that time when abnormal rains were predicted. The situation should be realized in time and an emergency strategy should be formulated, he said. He was presiding over a meeting at his office on Wednesday to review the situation and measures to control the disease.

While approving the establishment of a centre of disease control for the timely prevention of epidemic diseases, the CM directed that rescue 1122, health and line departments should give a final shape to the Act. The Punjab government will get the approval of the Act from the assembly for the establishment of a centre of disease control to prevent epidemics; he added and directed the formation of a committee. This initiative will help in the prevention of dengue, corona, cholera, typhoid and other epidemic diseases, he noted.

The chief minister ordered anti-dengue measures on a war footing throughout the province, especially in high-risk districts. He gave in-principle approval to make permanent the temporary staff for anti-dengue and directed that a summary should be submitted as per the rules for permanentizing them. He also ordered to buy fogging machines and asked the secretary of the local government department to do the needful within seven days and submit a report to him. ‘I would review anti-dengue steps regularly and the deputy commissioners should hold meetings daily and reports be sent to my office,’ he said. The work should be continued even during Sundays and other holidays, he added. Dengue patients should be given full attention in hospitals and necessary medical facilities be ensured; he stressed and ordered effective indoor and outdoor surveillance throughout Punjab, especially in Rawalpindi, Lahore and Gujranwala.

Parvaiz Elahi expressed complete solidarity with the people of Balochistan for the promotion of inter-provincial harmony and expressed concern over the severe shortage of wheat in Balochistan. ‘Balochistan is the younger brother and Punjab stands with it as the elder brother,’ he added. Although there is a shortage of wheat in Punjab we will not leave the people of Balochistan alone, he said. Punjab will send 64500 metric tons of wheat to Balochistan at a cost rate. Despite the wheat shortage in Punjab, the province is providing wheat to Balochistan in the spirit of brotherhood; he added and assured that the Punjab government will assist in meeting the food needs of Balochistan. Parvez Elahi also expressed his heartfelt grief over the loss of life and property due to rains and floods in Balochistan.

Zmarak Achakzai said that Parvez Elahi has truly acted as an elder brother and the Baloch brethren value his selfless spirit. ‘You have supported the people living in Balochistan in difficult times and this will promote interprovincial harmony,’ he said. The government and the people of Balochistan are grateful to you, he added.

Speaking on the occasion, the CM said that 43 buses of Rs.620 million have been given to 37 TEVTA institutions including 12 buses that have been handed over to institutions situated in south Punjab. This would facilitate the students in their daily movement, he added. The best machinery has been provided in Kasur Institute of Leather Technology, built with 20.44 million rupees, to train 380 students on modern lines. Best-trained manpower in leather technology is in demand not only in Pakistan but worldwide; the CM noted and hoped that the production of quality leather products will significantly increase exports.

Chief Minister Parvaiz Elahi stated that the upgradation of the Institute of Blue Pottery Development and the construction of a new building has cost 210 million rupees to train 800 students with state-of-the-art machinery and infrastructure to impart the latest skills in ceramics. The students, trained in these institutions, will bring laurels home with their skills. They should learn modern skills, along with formal education, as skilled workers have become a requirement of every industry. The Punjab government was providing facilities to attract the new generation towards it, he concluded.