‘The Last White Man’ spins a deft, if narrow, fantasy about identity 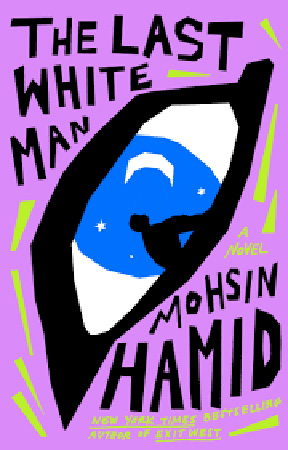 “People are changing,” says a character in Mohsin Hamid’s new novel, The Last White Man. To fans of weird tales, those are deliciously ominous words, because out-of-control change is at the root of fantasies like Invasion of the Body-Snatchers, Dracula and Hamid’s most direct inspiration, Kafka’s Metamorphosis.

Just as Gregor Samsa awoke to find himself transformed into a giant bug, so does Hamid’s main character, a white guy with the Nordic name of Anders who “One morning … woke up to find he had turned a deep and undeniable brown.” Inexorably, that mysterious darkening begins spreading to white people all around this unnamed country.

As he demonstrated in his 2017 novel, Exit West, Hamid is a chronicler of instability – borders dissolving, beliefs shifting, settled populations suddenly migrating. His surreal narratives are just-the-other-side-of-plausible because they’re tethered to once-improbable realities – events like Sept. 11 and the ongoing cataclysm of climate change.

Hamid, who is British Pakistani, has said in interviews that the premise for The Last White Man arose out of his own changing circumstances after 9/11 when, as a self-described highly educated brown man with a Muslim name, he says he “lost [the privilege of his] partial whiteness.” The isolation of the pandemic also makes itself felt in this novel: As violence escalates in response to the darkening of the white populace, characters like Anders and his girlfriend, Oona, a yoga instructor, stay shuttered in their homes while experiencing apocalyptic changes online and on TV.

Hamid writes with on-the-ground immediacy that draws readers in. Anders, who works as a personal trainer, is, for a time, one of only two so-called “dark men” at the gym. (The other guy is the janitor.) As weeks go by, Anders’ hyper-consciousness about his new color alters his personality.

Most of Hamid’s novel consists of extended sentences, whose restlessness mimics the flux of his fictional world. There’s a downside, however, to being limited to mostly Anders’ self-absorbed view: He’s not that thoughtful a guy, so he doesn’t offer any deeper thoughts about racism; we also don’t hear anything about how Black people feel about their numbers being swelled by all these dazed-and-confused involuntary converts.

Hamid, himself, however, does clearly savor the absurdities generated by the construct of race. For instance, Anders hears a report about a white-man-turned-dark who committed suicide on his front lawn; a neighbor alerted the police, believing the dead Black man was a home invader. After the body is identified, the police determine that “a white man had indeed shot a dark man, but also that the dark man and the white man were the same.”

A deft, if narrow, Twilight Zone-type fantasy about identity, The Last White Man only seriously strains credulity at its very end. No doubt, it says something about our own anxious times that the happy ending here seems too far-fetched.