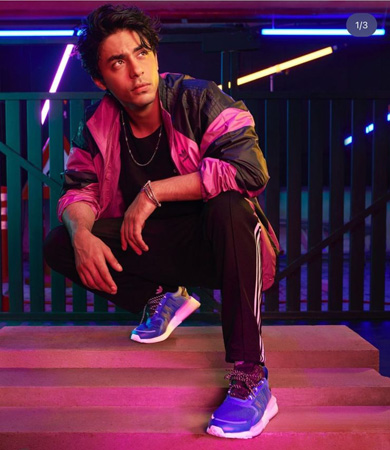 Aryan Khan recently did an ad for a German brand in which he looked extremely dapper and his father Shahrukh Khan could not resist commenting on the pictures.

As soon as Aryan shared the promotional post, King Khan immediately commented: “Looking really good!! And as they say, that whatever is silent in the father, speaks in the son.”

SRK also joked about the shirt his son was wearing in the picture. He went on to say: “By the way is that grey t-shirt mine!!!

According to IndiaToday, earlier on May 28th, 2022, Aryan got a clean chit in the drug case he was accused of before. He made his comeback on the social media three months later with a siblings post. Khan shared the picture with siblings; Suhana and AbRam and wrote: “Hat-trick”.