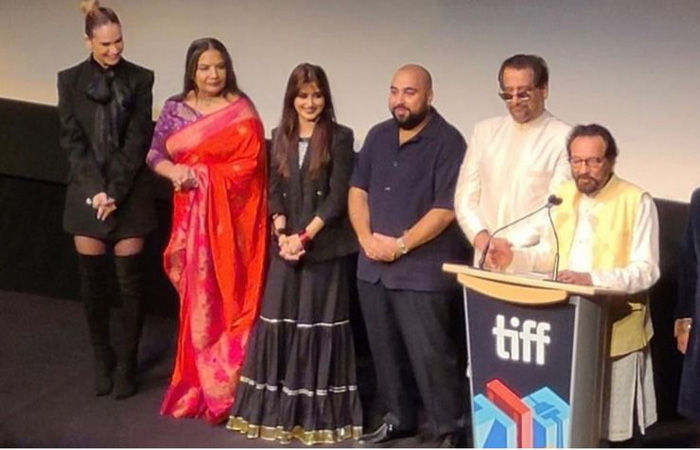 Sajal Aly has recently been making headlines for her upcoming International movie What’s Love Got To Do With It premiered at the Toronto International Film Festival over the weekend. The mere glimpse of Mom star at the TIFF event garnered a lot of love and appreciation from her industry peers and fans in the country. Seeing all this love and acceptance coming her way, the Alif actress is “highly overwhelmed”. Sharing a few moments from the festival, Sajal took to Instagram and penned a heartfelt note on Tuesday. “My debut outing at TIFF was an absolute dream and fills my heart with immense gratitude,” she wrote in a caption. Sajal credited the writer as well as co-producer of the cross-cultural British rom-com on her post for giving her an amazing opportunity to represent Pakistan on the world. “This would not have been possible without @khanjemima. I am beyond overwhelmed by the love, appreciation. And above all, I am extremely humbled to have had an opportunity to represent Pakistan on the world stage,” stated the 28-year-old.