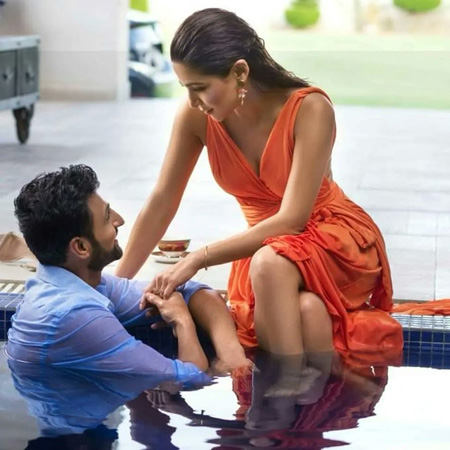 Pakistani cricketer Shoaib Malik said that he learned a lot from model Ayesha Omar as he recalled the ‘bold’ photo shoot of the two which had sparked a frenzy on social media. Shoaib Malik was invited as a guest in show Super Over. Apart from other questions program host Ahmed Ali Butt asked him, the sportsman disclosed his wife’s reaction to the ‘controversial’ photo shoot with actress and model Ayesha Omar back in 2021. Instead of answering the question regarding it simply, he wittingly countered inquiring the female co-host the same. “What would your reaction be if your husband had done it?,” Shoaib Malik asked her. At this, she quickly replied that she was unmarried. Shoaib Malik then said that similarly, his wife Sania Mirza did not give any reaction, behaving as if she did not exist. Program host Ahmed Ali Butt asked if the shoot was ‘hyped’ by the media. In response, the cricketer said that a person should keep trying new things in life. “I am a cricketer, modeling is not my field. I am new and Ayesha Omar helped me a lot in this,” he said adding that he enjoyed the photoshoot very much.