Tracing the origins of Urdu literature 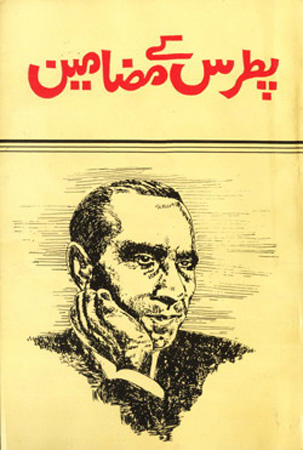 Urdu literature emanating from Pakistan has been mesmerising readers for ages. Bano Qudsia’s insightful stories about normal humans pursuing their lives, Saadat Hasan Manto’s stories that defied the system and Ashfaq Ahmed’s narratives about people, emotions and life have added life to our consciousness.

Urdu literature in Pakistan did not begin in 1947. The Urdu language traces its origins in the 14th century during the Delhi Sultanate. Early proponents of literature, such as Muhammad Quli Qutb Shah, a royal poet, and writer in the Persian language, contributed his thoughts to literature. Over the years, the Persian language has slowly embedded in Urdu which is why we still find traces of it in Urdu literature. Urdu travelled across the various parts of the subcontinent to create ghazal, qaseeda and masnavi from the 1720s to the mid-1840s. Urdu poetry saw its re-emergence in the 19th century during the reign of Bahadur Shah Zafar. However, after the Rebellion of 1857, a new thought emerged in literature with Altaf Hussain Hali and Muhammad Husain Azad hoisting their pens to lead this revolution. What began as a mere thought to lay the foundations of the Urdu language finally bore fruit in 1869 when Nazir Ahmad Dehlvi published Mirat-ul-Uroos. It is considered to be the first Urdu novel. It educated the readers about marriage. Mirza Hadi Ruswa’s Umrao Jaan Ada is also one of the earliest Urdu novels.

The trend of writing historical novels was introduced by Muhammad Husain Azad. He was born to a Persian immigrant family in Delhi. His works including Qisas ul-Hind, Darbar-e-Akbari, Sukhandan-e-Fars and Aab-e-Hayat hold a special place in Urdu literature. As an academician, he played an instrumental part in preparing the syllabi of Urdu books including Urdu ki Pehli Kitab, Urdu ki Doosri Kitab and Urdu ki Teesri Kitab. His work, Aab-e-Hayat, is considered the first book to explore the history of Urdu poetry in chronological order.

The Urdu language is a beautiful combination of poetry and prose. In the genre of prose, drama holds a special place. Agha Hasan Amanat, an Urdu poet and playwright from Lucknow, wrote the first Urdu stage play, Inder Sabha. It is believed that this publicized drama in the Urdu language.

Among the creators of social fiction in Urdu is Dhanpat Rai Srivastava, commonly known as Premchand. Saadat Hasan Manto earned his name in the subcontinent by touching upon social issues that were indeed taboo to discuss. He wrote about the human psyche, the social norms, and questioned hard social facts that placed him under the radar of those who were against free speech. Urdu literature also featured biographies such as the classic, Shahab Nama, by Qudratullah Shahab. It looks at the events of his life that sends readers into self-analysis. Humour has also remained a part of Urdu literature with Patras Bokhari and Ibn-e-Insha leading the genre with their witty, humorous, satirical styles of writing. Patras Bokhari’s works including Hostel Mein Parhna, Kutte, Marhoom Ki Yaad Main, and Ibn-e-Insha’s Awarah Gard ki Diary, Urdu Ki Akhri Kitab must be read.