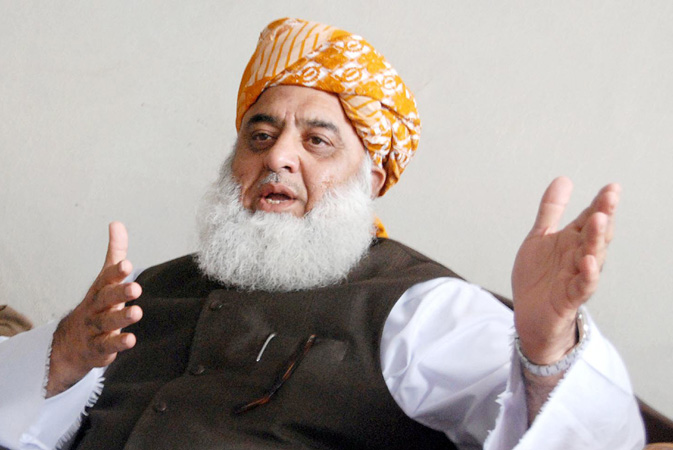 Jamiat Ulema-e-Islam-Fazl chief and head of PDM Maulana Fazlur Rehman has hinted at possible extension to tenure of the current parliament.

Speaking to a private TV channel, Fazl said they will review the constitutional and legal aspects of extending the term of the parliament. “Why an extension cannot be granted to parliament, which grants extensions to others,” he asked.

The JUI chief strongly opposed early elections and also rejected Imran Khan’s demands for immediate elections. He said that the country is currently suffering from the worst flood disaster. “Such a disaster has never happened before how can elections be held in such condition,” he asked.

Earlier, Fazlur Rahman warned that enemies are out to cash in on crises being faced by the nation due to floods and economic crunch. Talking to the media during a brief visit to provincial metropolis for medical check-up, he said the country cannot afford any chaos and violence at this crucial juncture. He said the JUI workers had always countered such conspiracies in the past and would resist enemies in future as well.

Fazl said the flood situation has become extremely dangerous and no JUIF worker will sit idle until the floods victims are completely rehabilitated. He said that JUIF workers have helped the flood victims in this difficult time.

The JUIF chief said all the political and religious parties are duty bound to spend all their energies for rehabilitation of flood victims by putting aside their differences. He said helping out brothers in trouble is our religious and moral duty. He urged federal and provincial governments to make the rehabilitation of flood victims and reconstruction of houses as their priority.

He said frequent calamities are a sign of the displeasure of Almighty Allah due to deviation from His commandments, and advised the nation to offer individual and collective repentance and prayers.