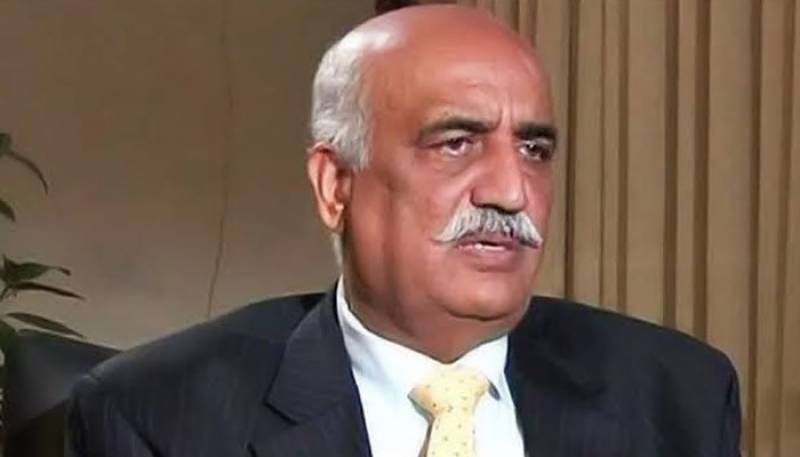 Federal Minister for Water Resources Khursheed Shah on Monday said that Pakistan Tehreek-e-Insaf (PTI) Chairman Imran Khan’s arrest would not solve anything. The minister was speaking to the media after visiting flood-ravaged areas of Sindh on Monday. Asked about his opinion on the issues surrounding the former prime minister, Shah said that Imran’s politics was beyond his understanding. “Whenever he is let go, he goes on a tirade against the United Nations secretary general or other world leaders,” he said, with bewilderment writ large on his face. Shah also refuted rumors that backdoor communications with the PTI chief are underway. The federal minister insisted that he believes in direct communication. To a question regarding elections, the minister dismissed the possibility of elections being held anytime soon. “Those [polls] which had to be conducted were postponed as well.” Earlier in the day, Khursheed Shah visited his native town of Sukkur to review relief and rehabilitation work by local authorities. Speaking on the occasion, he lamented that 70% of Sindh and 30% of Balochistan had been destroyed by the recent floods. He blamed climate change for the catastrophe. “Pakistan has suffered the most amount of destruction due to climate change in the world,” he maintained.