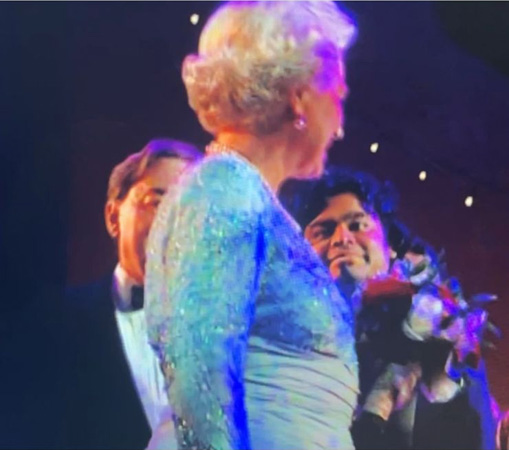 AR Rahman offered his condolences to the late Queen Elizabeth II, sharing an unseen picture with the monarch.

He posted the picture of his last meeting with the Queen on his Instagram handle and wrote: “Last I met her was during a charity show of #Bombaydreammusical with @andrewlloydwebber..#ripqueenelizabeth”.

Composer Andrew Lloyd Webber can also be seen in the frame along with the Queen and Rahman in the picture.

Queen Elizabeth II died at the age of 96 in Scotland on September 8, 2022. Since last October, she was struggling hard with serious health issues. The Queen ruled for over 70 years, marking the longest period than any British monarch in the history.