* In King's latest novel, a teenage boy discovers another world beneath a backyard shed 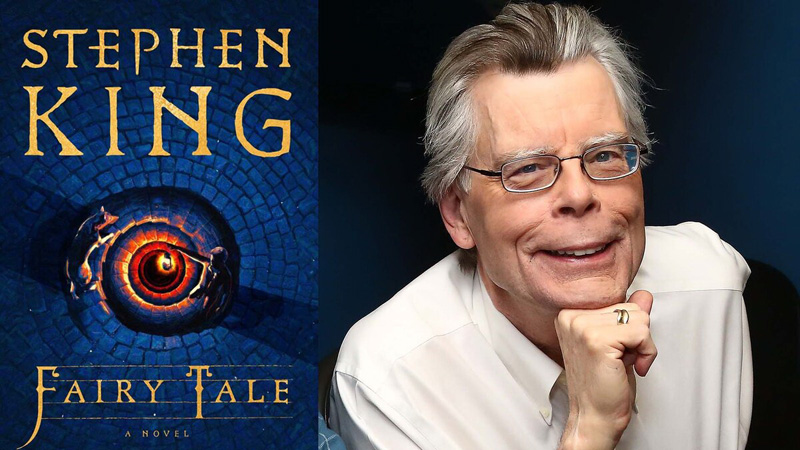 Stephen King is no stranger to the portal fantasy genre, or to the kinds of young, unwitting protagonists who end up traveling to other worlds. In “The Gunslinger,” the first volume of his epic Dark Tower series, King gave us 11-year-old Jake Chambers, who arrives in Roland of Gilead’s world after dying in ours. In “The Talisman,” co-written with Peter Straub, 12-year-old Jack Sawyer “flips” between America and the fantastical Territories on a quest to save his mother’s life. Twenty years later, King and Straub sent Jack on another Territories adventure in “Black House,” this time connecting his story to the Dark Tower books and King’s larger multiverse.

Following in Jake and Jack’s footsteps comes Charlie Reade, the 17-year-old hero of King’s latest novel, “Fairy Tale.” A talented athlete, Charlie saves the life of Howard Bowditch, an eccentric recluse who lives alone with his ancient German shepherd, Radar. Inserting himself into Bowditch’s life as a make-do nurse and handyman, Charlie slowly discovers that his neighbor is addicted not just to solitude and secrets (and, eventually, pain pills), but to the treasures of a place called Empis, a kingdom he visits by descending “185 stone steps of varying heights” beneath Bowditch’s locked backyard shed.

It takes many pages and foreshadowings for Charlie to get into that shed, but he finally arrives in Empis with Radar at his side and Bowditch’s .45 revolver on his waist. There Charlie finds a kingdom in dire need, its royal family long ago overthrown by the usurper Flight Killer, who has inflicted a mysterious disfiguring illness called “the gray” upon the populace. Most notable among the sufferers whom Charlie meets on his quest is Leah, a deposed princess whose “storybook loveliness” is marred by her missing mouth, “a knotted white line” ending in “a dime-sized red blemish that looked like a tiny unopened rose.” (How Leah manages a drink provides one of the novel’s most arresting images, a pure jolt of classic King-style body horror.)

There’s plenty of fresh invention in “Fairy Tale,” but much of what Charlie encounters reminds him of something else he’s seen or read. Before he meets Radar, the German shepherd is rumored to be a “monster dog,” “like Cujo in that movie.” Leah evokes for him a similarly named princess in need from a galaxy far, far away. Charlie, aware of the tropes he’s inhabiting, isn’t surprised: “Isn’t ‘Star Wars’ just another fairy tale,” he reasons, “albeit one with excellent special effects?”

King’s portals – like his novels – have always been leaky apertures, prone to cultural exchange and playful cross-contamination. “There are other worlds than these,” Jake Chambers once told Roland of Gilead (a line that appears verbatim in “Fairy Tale”), and in King’s novels all possible worlds, his and those of others, are always playing a game of telephone. Some elements are lifted wholesale from traditional tales like “Rumpelstiltskin” and especially “Jack and the Beanstalk,” which contributes not just the deadly child-eating giant who guards Empis’s palace but the name of the Lovecraftian horror lurking beneath. Other allusions and homages abound, with King sometimes even playfully laying claim to the inventions he’s riffing on, as when Bowditch speculates that Ray Bradbury must’ve visited a particular location in Empis’s capital before writing “Something Wicked This Way Comes.” (As far as I can tell, King always gives credit where it’s due, sometimes subtly, sometimes not.)

So “Fairy Tale” is a multiverse-traversing, genre-hopping intertextual mash-up, with plenty of Easter eggs for regular King devotees. Thankfully, it’s also a solid episodic adventure, a page-turner driven by memorably strange encounters and well-rendered, often thrilling action. The best (and longest) of the novel’s set pieces depicts Charlie’s forced participation in the Fair One, a gladiatorial contest organized to entertain Flight Killer and his sycophantic court. In the Fair One, it’s kill or be killed, and surviving it takes all of Charlie’s wits, charisma and athleticism – as well as a risky indulgence in his hot temper and his talent for violence. “There’s a dark well in everyone, I think,” Charlie realizes, “and it never goes dry. But you drink from it at your peril. That water is poison.”

At 17, Charlie’s seen the lingering effects of these dark wells on his father, a recovering alcoholic, and the isolated Mr. Bowditch and even on Flight Killer, the root of all Empis’s problems; by the novel’s end, Charlie will need to learn to live with what he’s sipped from his own. After all, goodness isn’t something you are, even if you’re the chosen prince who has come to save a kingdom: Goodness is something you do, and Charlie Reade is always trying his best.

Despite the plot’s twists and turns, the biggest surprise “Fairy Tale” has to offer King’s so-called Constant Readers might be the book’s promise of a happy ending. At one point, Charlie warns us these require “something unlikely,” narrative tricks made “palatable to readers who wanted a happy ending even if the teller had to pull one out of his hat.” But I’ll bet many readers hungry for a genuinely feel-good adventure won’t care what tactics King uses to deliver the goods: These days, some of us will take all the happy endings we can get, however unlikely they seem.