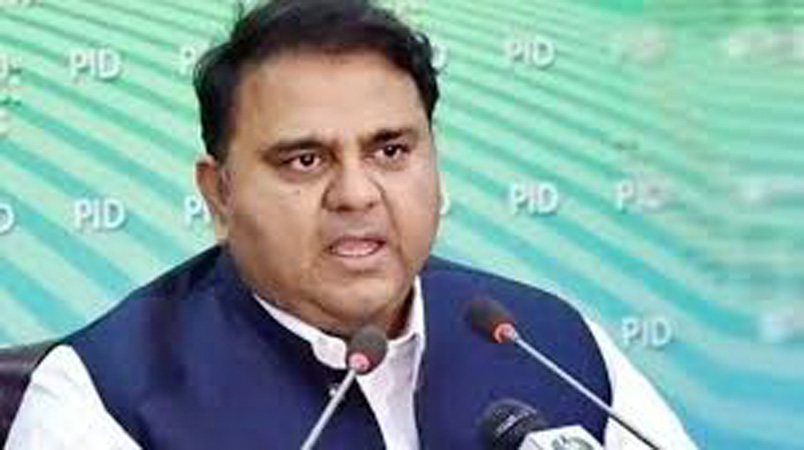 Pakistan Tehreek-e-Insaf (PTI) senior leader and former federal minister Fawad Chaudhry on Friday said that his party’s movement has entered the final stage like the ongoing Asia Cup. Addressing the media after the party meeting, the former federal minister said that a nationwide protest will be started from Saturday to show solidarity with PTI chairman and former prime minister Imran Khan. Fawad said that terrorism cases have been registered against the PTI chairman and efforts are being made to delay the general elections. Claiming that the opposition was resorting to efforts to take Imran Khan to a ‘technical knockout’, Fawad questioned whether democracy would survive Imran Khan’s disqualification. Taking a dig at the coalition government, the former federal minister said that inflation in the country is continuously increasing and the political situation of the country is already at stake. Expressing his concerns, Fawad said that if the PTI chairman is ‘disconnected’ from politics, the country will become a ‘banana republic’. He further said that the decision to vote should be taken by the people, not in a closed room. Stating that PTI is campaigning against the postponing of by-elections, Fawad alleged that the coalition government wants to hold the elections after removing Imran from politics.

Describing the ECP’s decision to postpone the election as ‘wrong’, the former federal minister said that the senior leadership has expressed confidence in Imran Khan. The former information minister claimed that the government wants to push Imran Khan out of the “political arena”.

“This government is a dummy and real decisions are being made somewhere else.

There is only one political party that is in the opposition,” said Fawad, adding that the ECP delayed the elections when there were no floods. “Keeping in view the political and economic situation, this government cannot be given much time. Pakistan’s politics has also entered the final stages,” claimed Fawad, adding that very soon a government elected by the people will come to power.