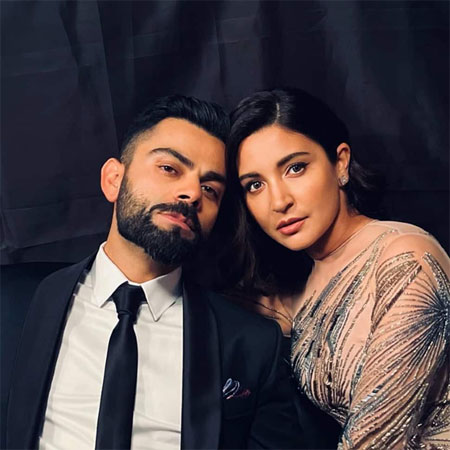 The right-hand batter posted a picture of the Bollywood actor on the visual-sharing application Instagram. In the caption, he wrote she is his love and used a heartwarming emoji.

David Warner commented he is a “lucky man”. It is pertinent to mention that Anushka Sharma and Virat Kohli dated for a few years before they married in Italy in 2017. The couple takes to the social media portal to share family pictures. They get millions of views and likes from netizens.

However, experts and pundits have made claims about how Anushka Sharma affects Virat Kohli’s professional life.

Earlier, Indian batting legend and commentator Sunil Gavaskar made remarks about how their relationship is coming in the way of the cricketer’s form.

In her response on Instagram, she called his comments distasteful and asked when people will stop passing such comments on her.

“Mr Gavaskar, your message is distasteful is a fact but I would love for you to explain why you thought of making such a sweeping statement on a wife accusing her of her husband’s game,” she said. “I’m sure over the years you have respected the private lives of every cricketer while commentating on the game.

“It’s 2020 and things still don’t change for me. When will I stop getting dragged into cricket and stop being used to pass sweeping statements?”