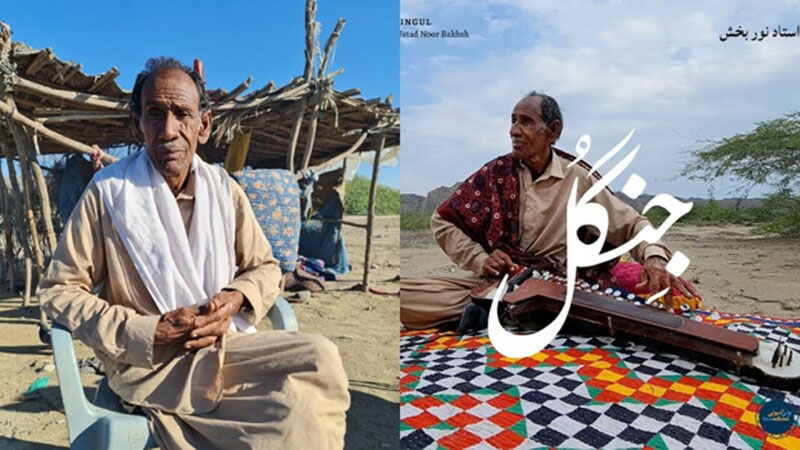 The debut solo album by Baloch Benju maestro, Ustad Noor Bakhsh, titled Jingul, releases exclusively on Bandcamp today through the newly founded label, honiunhoni. The Ustad was already well known across the Makran Coast and in Balochistan, but his work has brought him international fame this year. The musician got his unofficial break globally when videos of him playing went viral on social media earlier this year. The videos garnered massive attention across the world, particularly from Indian, European and North American audiences. His growing fandom eagerly awaits his debut solo album, which will release exclusively on American online audio distribution platform Bandcamp via the newly founded label, honiunhoni The album can be purchased for high-quality download and streaming via Bandcamp. All proceeds from the album go directly to the artist.