Pakistan has neither defaulted nor will 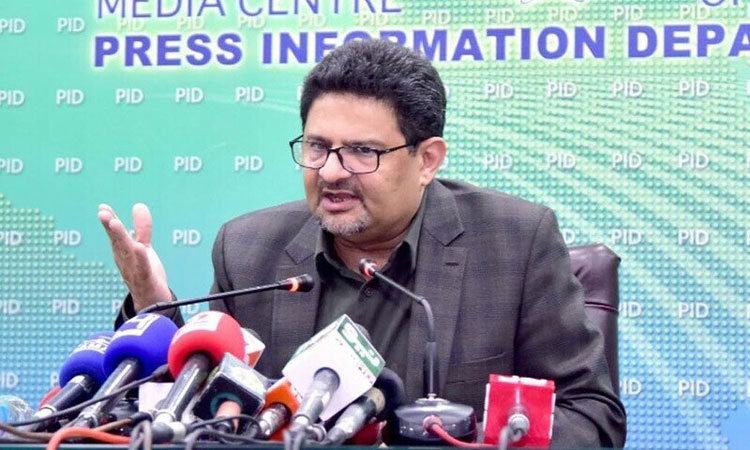 Minister for Finance Miftah Ismail Friday hinted at his early exit, saying although the coalition government had 13 months, he may not have that much time. Addressing an event at the Institute of Business Administration (IBA) in Karachi, Miftah spoke about politics, national growth strategy, tax collection, increasing population and other important issues hampering economic stabilisation. “The government has 13 months but I may not have that much time. To be honest, I work here in a way that I will stay forever. Pakistan will always stay, right? So you have to plan in a way […] that works for the next five years. And then it is the choice of those who come next,” Ismail stated, expressing confidence that the party would win the next election,” he said. His statement comes in the backdrop of dissatisfaction within the PML-N over the Shahbaz Sharif government’s policies.

PML-N Quaid Nawaz Sharif had recently left a government meeting over a petrol price disagreement and expressed anger with the minister for increasing the fuel prices. Nawaz was not pleased with the party’s narrative, saying Prime Minister Shehbaz Sharif should himself reach out to the masses to explain the government’s policies and causes of inflation. Utterly dissatisfied with Miftah Ismail, Nawaz believes only Ishaq Dar can bolster the country’s battered economy. Miftah said the government took difficult decisions in difficult situations as their first priority was to revive the International Monetary Fund’s loan programme.

“We contacted the IMF soon after coming to power and with prudent policies saved Pakistan from default.” The PTI government signed an agreement with the Washington-based lender and then violated the terms of the agreement by announcing subsidies on petroleum products, he said. Miftah said the subsidy introduced by the PTI government on petrol and diesel cost a whopping Rs781 billion to the national exchequer, which was a grave mistake.

“Even the oil marketing companies were aware that the government would eventually pay the price of the callous economic blunder,” the minister said. The finance minister lamented that the country’s population was increasing at a rate of 2.4%. He said Pakistan “has not defaulted and will never default”, adding he feels ashamed asking for loans. “No one wants to give tax in Pakistan,” he lamented further.

He said that the scope of the tax net was being increased and the business class was being brought under the tax net. Miftah said flash floods had caused massive devastation in the country.

“Rs28 billion has been disbursed through the Benazir Income Support Programme in a transparent manner in order to provide relief to the affected people,” he said. He said initially an amount of Rs25,000 was being transferred to the affected families so that they could meet their food supply needs. The finance minister said the flood-affected people “will not be abandoned in this testing time and will be compensated utilising all available resources, even if it means diverting PSDP funds for their rehabilitation”.