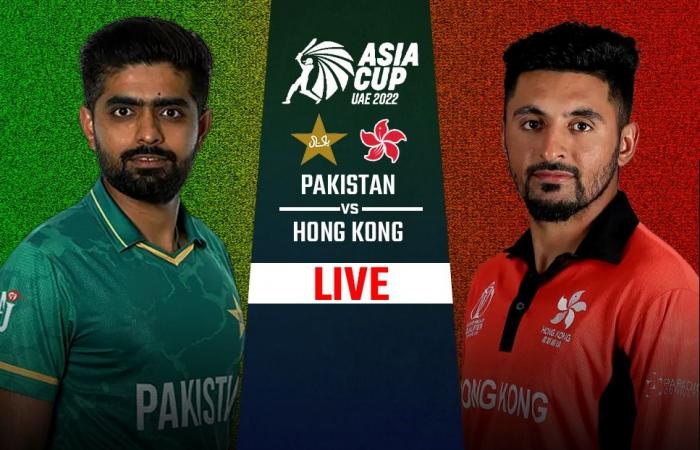 Nizakat Khan, Hong Kong’s Captain, has asked for ideas and techniques to help him through the upcoming match with the internationally valued treasure Babar Azam.

The video shared by the Pakistan Cricket Board (PCB) showed the two skippers. They could be seen assembling and going over aspects of their match before this rather climactic match, which already has people highly looking forward to it.

“Koi tip hame bhi do (give us some tips too),” Khan asked Babar, to which the Pakistani skipper responded: “Kya tips chahiye (what tips do you want from me)?”

Khan, who has his roots in Pakistan, was seen praising the Pakistani captain, Babar Azam, for his extraordinary batting and his skills in general. Furthermore, they could be seen getting off on a further “getting to know each other” basis as Khan was seen trying to out the Captain.

Babar Azam will be leading the green shirts against Hong Kong in the final group match of Asia Cricket Council (ACC) T20 Asia Cup 2022 today, 2, 2022 in Sharjah. This will be the first match to be played between the two teams in the shortest format.

Pakistan has high hopes of securing a space in the Super 4 Stage of the tournament. This can be done by gaining victory against Hong Kong. Hong Kong has already been defeated by India on Wednesday in Dubai.

Pakistan was also defeated by India in a rather gripping match on Sunday, which was a loss felt deeply nationwide.

The overall morale of the team and the nation needs to be improved. Inzamam-ul-Haq, former Captain of the Cricket Team imparted much-needed words of wisdom where he said, “No team needs to be taken lightly.”. He spoke at length about how both national teams have been working hard to prepare and how neither team should be underestimated.