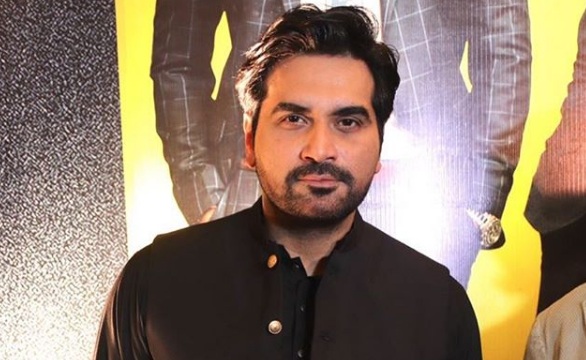 The stereotypical Pakistani hero—the man who has dominated our screens with his overtly masculine roles—took off his tough-guy persona in an emotional tell-all interview with Frieha Altaf. On the PR tycoon’s new podcast series FWhy, the first guest was an ultimate superstar and director Humayun Saeed. He talked about his journey, including everything in between, from being a factory worker to playing the lead in the Netflix hit series The Crown.

The 51-year-old, who was raised in a loud, irate, and emotional home by Punjabi immigrants, remembers his upbringing. Most people don’t know Humayun used to be a serious nerd. As a result of my father’s assertiveness, I felt pressured to gain his approval in any way I could. Up until matriculation, I consistently received excellent grades. I could never finish better than second or third.

The Bin Roye actor claimed that even his extended cousins feared his father’s maar, revealing that he had inherited some of his father’s rage (beatings). “I don’t get angry often, but when they do, I chuck whatever is available. However, I’ve improved my ability to control it,” he said.

Humayun remembered a time when his life was mostly hospital visits due to his brother’s paralysis. I had a lot of responsibilities when I was 18 or 19 years old. I began working while attending college and paying tuition, but that wasn’t enough given the medical expenses, he claimed.

The father of Altaf is an aviation engineer, so my father took me to meet him. I can still picture myself going to Shahrah-e-office Faisal and telling him that I wanted to be a steward.

The Punjab Nahi Jaungi actor then discussed his debut drama, saying that on the day of his raise, he had just hosted a party at his manufacturing facility where he had his staff perform skits, songs, and dances. “Nadeem [Baig] was nearby and suggested that since I looked like a hero, I try out for this two-episode event for PTV, but I declined. Despite my protests that I had to leave for work, the thought persisted. After another friend from my factory came in with an actor and offered me another tryout, I was chosen as the hero.”

The subsequent events are known to all; the rest of history. Saeed has continued to astound in the entertainment industry despite dominating this.”

The actor mentioned his true love, Samina Saeed, as yet another event that altered his life. “Before Samina, I had never thought about getting married. We got to the point where I had to make decisions and I started crying because I was afraid of what would happen if she ended up marrying someone else. Although my parents disagreed with me doing it at that age and thought I shouldn’t, we stuck to our stance. And it ended up being the best decision.

He yelled, “She guided me through life and work, the strong woman that she is,” flashing a blushing grin across his face.

Humayun also mentioned how his wife eventually warmed up to all the women he made out with on-screen after initially feeling uncomfortable with it.

“At first, she gave off a timid and fearful vibe. Sania (Saeed), Marina (Khan), Mehreen (Syed), and other people are still her friends. She realized they were all decent people. Her worries were instantly put to rest. He continued, “She would talk to everyone and bring food to the sets.”

When she gave him a deadline to “get his acts right,” the host asked Saeed if there was any truth to an old rumor that claimed he was cheating on his wife with another woman. There wasn’t another girl with whom I didn’t formally go on dates or something. We occasionally had phone conversations after meeting in person, perhaps at a wedding. My plan was to meet with her and inform her of Samina, but when she learned of it, Samina gave me a choice.

There was no more. He also talked about how his parents didn’t agree with his choice to end the joint family after getting married.

“I was earning less money and I realized we wouldn’t be able to manage things and live our lives if we had to take care of everyone in the family,” she said. We had to part ways in order to maintain our lives. He continued, “While it’s now normal, back then, parents didn’t like their sons leaving the house after getting married. It was essential for us to move into an apartment.”

Despite the former supermodel’s best efforts to learn about Saeed’s Hollywood debut, the actor remained quiet about it. “I haven’t spoken to anyone about it. No information is available, and none of the rumors are true. He mentioned the November 26 premiere date and raved about what an “extremely fantastic” experience it had been to work on the royal drama.”