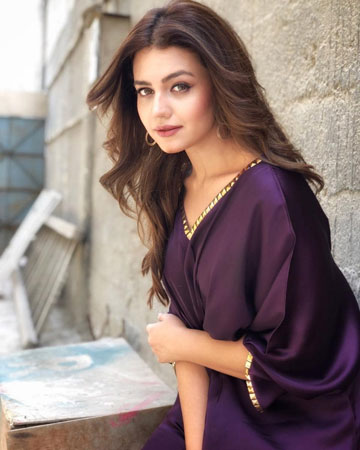 The latest trending reel recreation by Zara Noor Abbas and gang including lovebirds Asim, Merub and her husband Asad Siddiqui is viral on social media.

On her official handle on the photo ad video sharing application, Wednesday, the ‘Parey Hut Love’ actor shared a short clip, which sees Zara along with her husband, actor Asad Siddiqui and close friends, heartthrob singer Asim Azhar and his fiancé Merub Ali, while the emerging musician and brother of Merub, Raamis Ali was present in the video as well.

Zara Noor and group shared their take on the viral reel script of identifying popular Bollywood songs from the 90s decade. “Proudly the 90’s kids,” the OP captioned the video followed by a series of emojis.

She added, “Errr except Merub. And Ramis maybe? DUDE! How old are you guys?”

The Instagram reel sees the friends’ group recognize most of the Bollywood numbers, as they tried to perform hook steps for each of them. Some of the songs, featured in the video, include ‘Deewangi’, ‘Kajra Re’, ‘Soni de Nakhre’, ‘Mauja He Mauja’ and ‘Bole Chodiyan’ among many others.

The video attracted at least 90,000 hearts on the social application along with numerous comments for the celebs. Have a look at some of the comments on the Instagram video.

Onlyyy gurls are serious with this

Yar this is so cute

It is pertinent to mention here that the ‘Sinf-e-Aahan’ actors are among some of the closest buddies of showbiz and following their friendship, the respective others also share a close bond now.

Asad Siddiqui tied the knot with fellow actor Zara Noor Abbas in 2017. On the other hand, Asim Azhar and Merub Ali announced their engagement earlier this year.