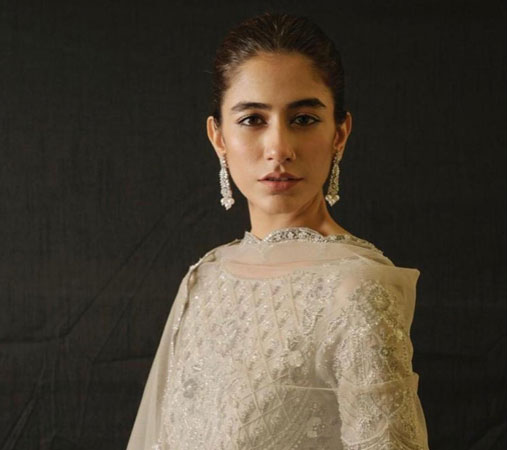 The viral video on the social media application Instagram saw Syra Yousuf and celebrity makeup artist Adnan Ansari using a moustache filter on it. A song played in the background too. Thousands of the social media application’s user liked the clip that is the talk of the town. The veteran star is one of the most followed celebrities on social media. She has millions of Instagram follower. She uses the platform to share pictures and video of her personal and professional lives. The actor, who has worked in a music channel as a video jockey, is one of the most versatile celebrities in the entertainment industry. Her performances in superhit ARY Digital serial Tanhaiyan Naye Silsilay and film Ho Mann Jahaan.

The celebrity worked in superhit ARY Digital serial Sinf-e-Aahan in which she played the role of Arzoo Daniel. She earned praise from audience and critics alike over her performance.

Previously, Syra Yousuf said she refused to work in a Hollywood film because she got an offer to play the role of a bold character. She married fellow celebrity Shehroz Sabzwari in 2012. They welcomed daughter Nooreh Shehroz in 2014. The celebrity couple separated in 2019 and their divorce was confirmed the following year. The Dil-e-Veeran star tied the knot with Sadaf Kanwal. The duo are parents to daughter Syeda Zahra Sabzwari.