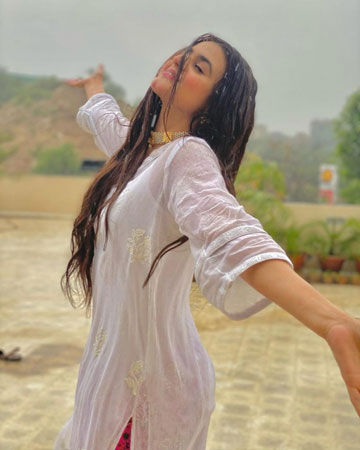 Actor-turn-singer Hira Mani has a habit of being in the limelight for both good and notorious reasons but Mathira certainly doesn’t like it this time.

Although it must have pleased her fans – certainly – and others too but bold TV host Mathira wasn’t the one.

On Hira’s Instagram post, the bold TV host Mathira commented, “Just a question, why didn’t they call the original singer. Isn’t it injustice to the singer if other people sing their hit tracks and cash it? Just saying it’s a question only”

Along with Mathira, some others also held the same view and bashed her.

One of them asked Hira since when did she start as he suggested her to work on her ‘acting skills’ and spare ‘humiliating’ music. Another user commented, “You don’t need to destroy every song.”

A user wrote, “Thankfully, she didn’t ask anyone to sing along with her,” referring to the recent incident where people were unresponsive to her request to sing with her. While others were bashing Hira on her singing skills, a few advised her to collect funds for flood victims through her shows.

Another person wrote, “If think you’re influential, so set an example, motivate people and donate the amount to the flood victims.”

The mega hit song Pasoori was originally sung by Ali Sethi and Shae Gill. The song has 345M views on YouTube and made it to the top 3 on Spotify’s global viral list. 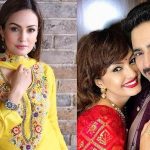