There is no doubt that Lahore has an immensely rich and profound art culture. It is the home of Mughal architecture, with tall minarets and forts dotting the horizon. Lahore is the home to the biggest legends of the literary, entertainment and art world; from Iqbal, Abdur Rahman Chughtai to Madam Noor Jehan, Saadat Hasan Manto, Faiz Ahmed Faiz and Shazia Sikander.

To imagine that their voices developed in this region over a karak cup of chaiye at The Pak Tea House, bestows a sense of pride in Lahori’s. Therefore, it is no surprise that the first edition of the Lahore Biennale is to take place in the cultural capital of Pakistan – the perfect ready-made platform for public art.

Talk around the town has been that the Lahore Biennale Foundation (LBF) is about to take over the city soon. Many may ask what a biennale is? A biennale is a large contemporary art exhibition that happens every other year in a chosen city, bringing together art and artists from all over the world. The concept originated from Venice, where the first biennale took place in 1895. It comprised of a series of exhibitions opened by the King and Queen at court. In 1910, the first international artists participated which included Gustave Klimt, Renoir, Courbet and Picasso amongst much more. In Pakistan, the Lahore Biennale Foundation has been developed as a not-for-profit organisation and has been led by the brilliant mind of artistic director – Rashid Rana. Rana believes Lahore steeped in its history and heritage deserves an art/cultural event of this scale and is focused on making this experience a worthwhile one. 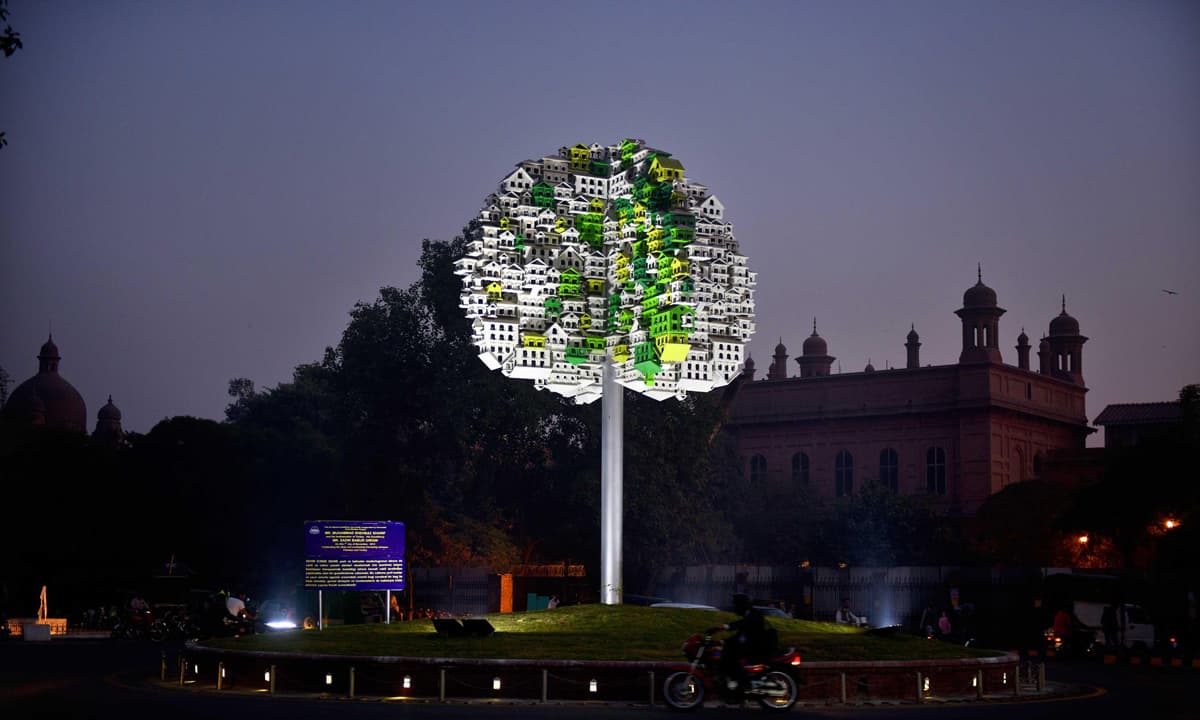 Some of you might be wondering what all the hype is about and what another fest can do for the city? Well, the advantages a biennale can achieve will possibly help more than only those concerned with the art world. The LBF will be the best place to get a glimpse of the latest developments in art and literature. Since it will also indulge in producing art in public spaces, non-professional viewers who do not step into galleries will also be surrounded and able to interact with art in all its forms. This is the interaction we need to bring about awareness of the art culture of our country as it plays such a vital role towards the positive image of Pakistan on the world map.

Art professionals from all around the globe will be gathering for the LBF, working closely with our artists, writers, designers and architects. Emerging new talent of our country, combined with this group of international pioneers is sure to guarantee birth to discussion and result in the metamorphoses of fresh new voices. Now is the time for new young artists and designers to showcase their talents.

Another area the LBF will contribute to will be the development of educational initiatives. Since workshops and training programs etc. will be held for audiences which will include a mix of professional and non-professional, it will act as an instrument of social critique and hence take Pakistani art to the next level.

Lahore is known as the city of colleges with the National College of Arts being the second oldest art school in South Asia, developed in 1875. Along with the NCA, other institutions such as BNU, Punjab University and Kinnaird College all offer art as a subject. These centres of education will definitely gain a broader perspective due to their interaction with the LBF taking place in the whole city.

An event as large as the Lahore Biennale will also bring great economic benefits to the city. International visitors mean our local economy does well through hotel costs, fuel consumption, restaurants, and the service industry prevailing in general. Recently, Pakistan has gained a poor reputation around the world where people think it is steeped in terrorism with bombs going off one after the other. The LBF will help eradicate this image in the eyes of many important individuals who are coming from all over the world. It is these individuals who will return to their native countries with a positive image of Pakistan after witnessing its rich culture and diversity.