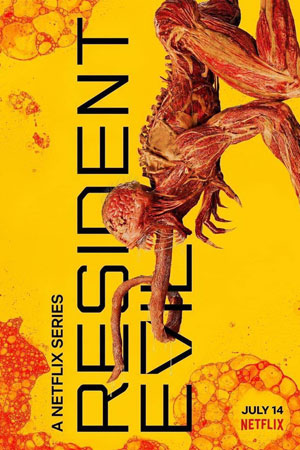 The “Hum Tum” star’s performance and appearance in the show made his Pakistanis and Indians explode on Twitter with joyful tweets, expressing their excitement. His fans were ecstatic to see him in the new sci-fi horror series. Ahad essayed Arjun Batra, an Indian refugee following the global T-virus pandemic.

However, Netflix has now opted not to renew Mir’s “Resident Evil” for a second season. The news comes a month and a half after it debuted on the site on July 14.

On Friday, Deadline reported that the show did not have a strong enough showing on Netflix’s worldwide top 10 ratings, nor was its cost versus views on the streaming site high enough, a criteria for any show to be renewed.

Falling behind “Stranger Things”, which was released at the same time, “Resident Evil”, which starred “Charlie’s Angels” actor Ella Balinska, debuted at the second spot on the worldwide trends list with 72.7 million hours viewed on its opening weekend. However, the show did not deliver big for the second week. For the third week, the show dropped, falling out of the top 10 ranking.

Deadline reported that the latest “Resident Evil” incarnation also logged an underwhelming 55 percent from critics on Rotten Tomatoes and a total of 26pc audience scores.

Based on a video game, “Resident Evil” hails from showrunner Andrew Dabb and is placed in the future in 2036, 14 years after a virus that causes a global apocalypse, and Balinska’s Jade Wesker fights to survive in the new world of blood-thirsty creatures.