‘Justice is not blind’ 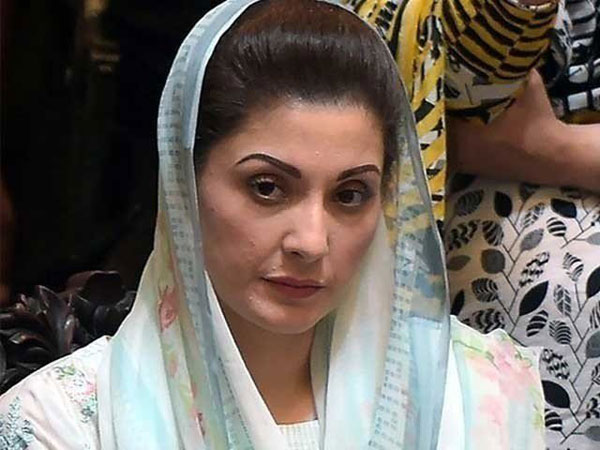 PML-N Vice President Maryam Nawaz Wednesday said the ‘relaxations’ provided to the PTI Chairman Imran Khan only further proved to the nation the ‘injustices’ done to former premier Nawaz Sharif and his party.

She was responding to the Islamabad High Court’s (IHC) observations in a contempt of court case against Imran Khan.

Maryam sarcastically said the punishment of contempt should be handed over to Additional and Sessions Judge Zeba Chaudhry, who “insulted” Imran Khan by serving justice. “Dual standard of justice is unacceptable,” she added.

During the proceedings, the CJ said, “We have read your written response” before adding that he “did not expect what was stated” about the lower court judges.

“I was expecting that the mistake made would have been admitted,” continued the judge as he expressed his disappointment. The Islamabad police made security arrangements in the court for Imran Khan. People holding entry passes were allowed to enter the court premises. Meanwhile, Minister for Information and Broadcasting Marriyum Aurangzeb Wednesday said, “Justice must be seen to be done” in the contempt of court case being heard by the Islamabad High Court against former prime minister Imran Khan.

“The region’s most popular leader and three-time prime minister (Nawaz Sharif) was barred from heading the party after his lifetime disqualification on account of not receiving salary from his son with the help of Black’s Law Dictionary, and sent to jail along with his daughter, ” she said in a series of tweets. “If justice were to be done on the “basis of popularity” then why it was ignored in the case of Nawaz Sharif,” the minister questioned.

“If Imran Khan has been given seven days (to submit his reply in the contempt case) then Daniyal Aziz, Talal Chaudhry and Nihal Hashmi should also have been given such concession,” she said, adding “If today’s decision is right, then the past verdicts (in the contempt of court cases) should also be corrected, and if those (the past ones) were correct, then justice should be seen to be done in the instant case.” Minister of State for Petroleum, Dr Musadiq Malik also urged the judiciary to ensure equal justice system for all citizens.

Talking to a private television channel, he said that Imran Khan is not a special person in this country who has been given leverage for submitting reply in contempt of the court case. He said that many leaders of Pakistan Muslim League-N, including Daniyal Aziz, Talal Chaudhry, Nihal Hashmi and Nawaz Sharif, had not provided such a leverage by courts in contempt of court cases. He asked the judiciary to impose same rules and regulation for PTI leader Imran Khan.

He said that PML-N, Chief Nawaz Sharif had to face ‘disqualification’ for withdrawing salary from his son’s company. He said that PML-N, leaders had always respected court verdicts. No one is above the law in this country, he said.