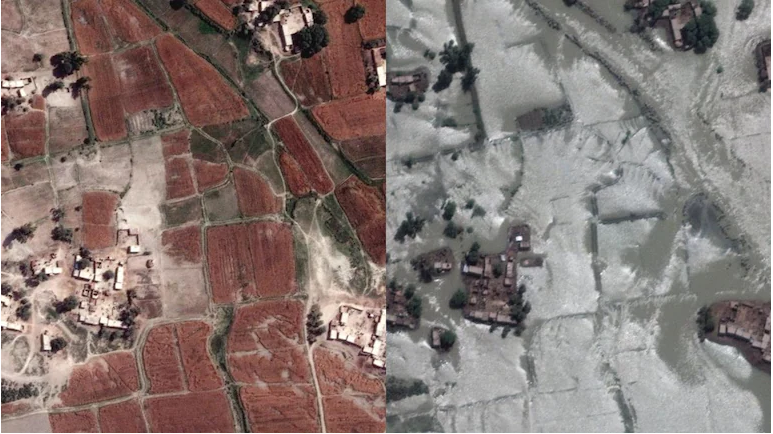 Since mid-June, more than 1,000 people have died as a result of floods, and the situation in Pakistan has gotten worse every day. As a result, the South Asian country has declared a national emergency.

33 million people remain at risk across the region, around 1 million homes are completely or partially damaged, and this has forced many people to leave their original homes.

A recent infographic from the Food and Agriculture Organization (FAO) of the United Nations displays the province-by-province flood scenario in Pakistan with all pertinent data up to August 24.

According to Sherry Rehman, Pakistan’s federal minister for climate change, one-third of Pakistan is now under water.

One-third of Pakistan is under water. Frankly, no one has seen this kind of downpour & flooding before,and no one country can cope alone with the multiple, cascading effects of extreme weather, climate events. The monsoon pattern pic.twitter.com/ymawtZKtb6

The Rajanpur district of Punjab province is one of the major flood-affected areas that is located on the banks of the Indus. The situation there is so dire that Pakistani Army soldiers have been deployed for rescue and relief work and are bringing food for the populace to counteract potential famine around the region.
Maxar supplied satellite images of the Rajanpur district between 24 March and 28 August, showing how bad the situation has actually been for the locals. 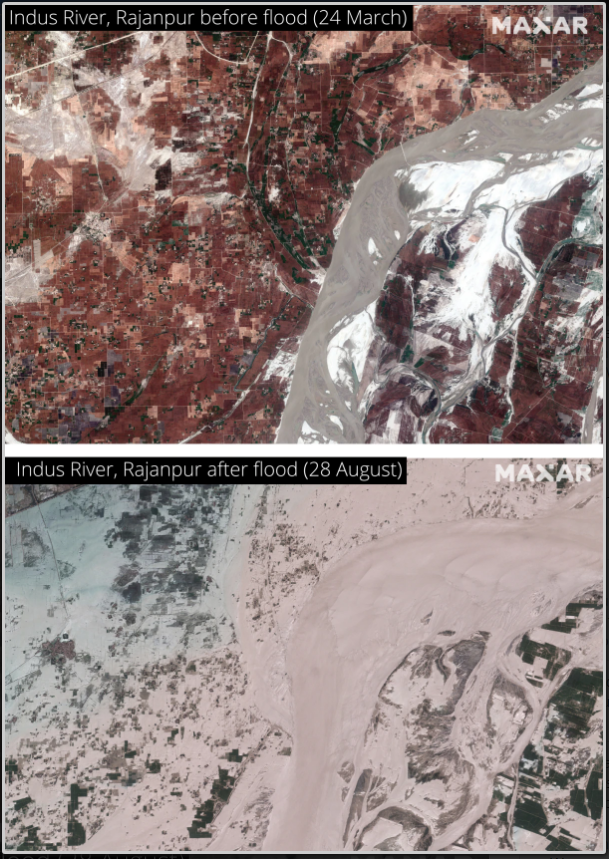 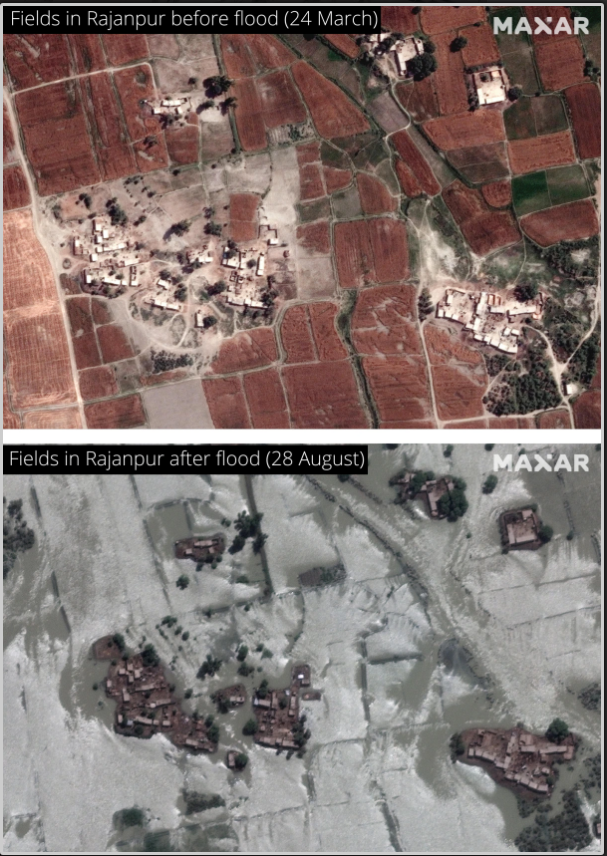 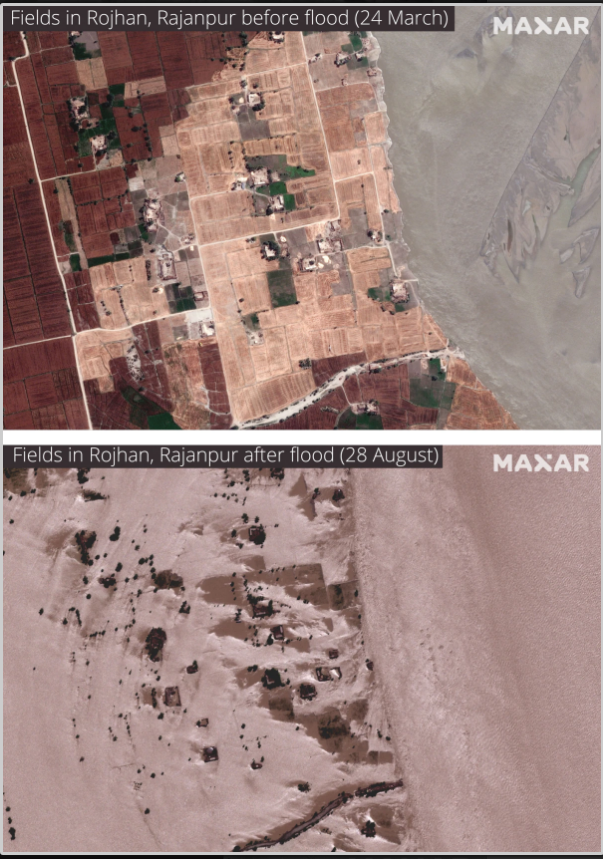