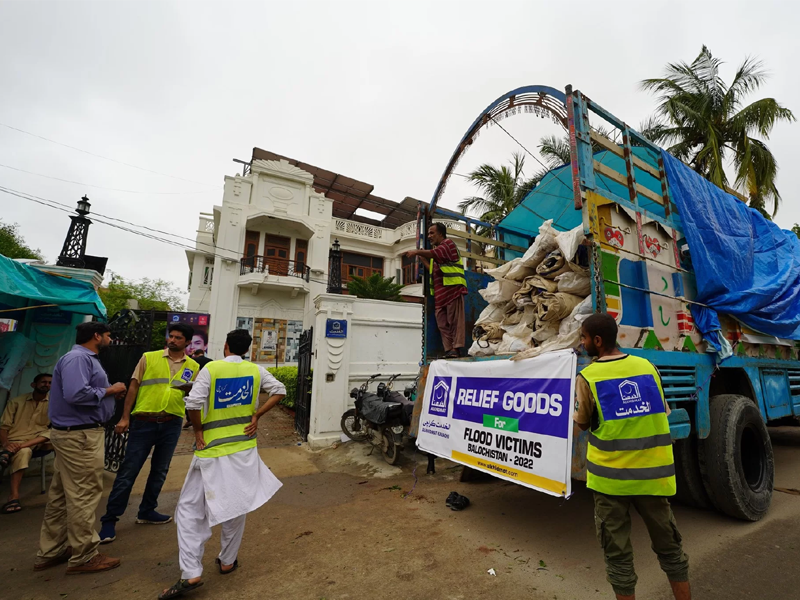 Officials stated that hundreds of flood-affected people, including women, had gathered near the Tehsildar office upon hearing about the arrival of the trucks. Sources revealed that looters took away rations and other relief items from the trucks.

The police and local administration officials reportedly reached the spot later on to manage the situation. The NGOs have since requested that law enforcement agencies provide them with security and take action against the thieves.

It was also learned that people in Dera Bugti, Kohlu, and many other areas staged protests for not receiving relief packages. They claimed that the rations reached the affected areas but are being stored in government warehouses instead of being sent to the flood victims. They added that the aid is being distributed on the basis of political affiliations as well.

Government officials have refuted the allegations, terming them as ‘propaganda’ and ‘exploitation of the situation’.

They stated that the distribution of relief supplies, such as drinking water, prepared meals, and tents, is being handled fairly by the Provincial Disaster Management Authority (PDMA), with the help of various NGOs.

At least 39 people, including seven who had taken shelter at a mosque in Khairpur, were killed in floods in Sindh. The cumulative death toll of the Sindh and Balochistan provinces has soared past 442.

The latest deaths came as another floodwater wave entered Sindh from Taunsa Barrage to make matters worse for the residents. The Flood Forecasting Division (FFD), meanwhile, has issued a warning of ‘very high to exceptionally high flood’ in DG Khan, Nowshera, and East Balochistan Emergency has been declared in all three barrages of Sindh to deal with the impending catastrophe.