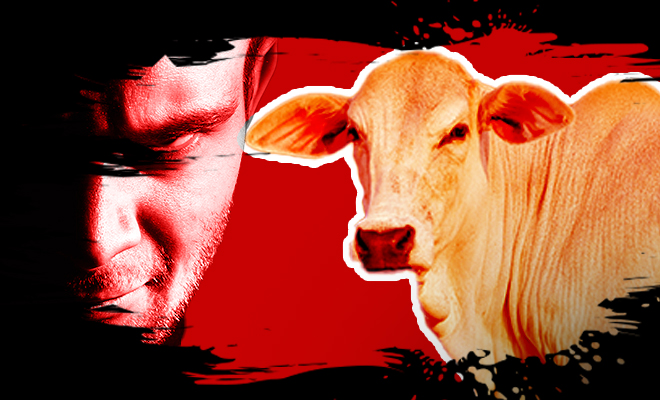 A 29-year-old man was arrested on Wednesday for raping a pregnant cow. The incident occurred in the North Chandanpidi area of Namkhana block, South 24 Parganas district.

Following a complaint from the owner of the child-bearing cow, Pradyut Bhuiya, the accused, was taken into custody.

According to local and police sources, Aarti Bhuiya, a resident of North Chandanpidi, and his family complained that their neighbour, Pradyut, entered the cattle shed behind their house a few days ago and “brutally raped” one of their cows.

“The cow died due to excessive bleeding after being raped at around midnight,” the complainant said.

A case was registered against Pradyut, accused under Section 377 of the Indian Penal Code. He was then presented before the Kakdwip Sub-Divisional Court on Tuesday, where he was sentenced to 14 days in judicial custody.

“There are innumerable allegations against Pradyut. He had earlier stolen goats, vehicles, and vegetables from fields,” said a resident of Chandanpidi village.