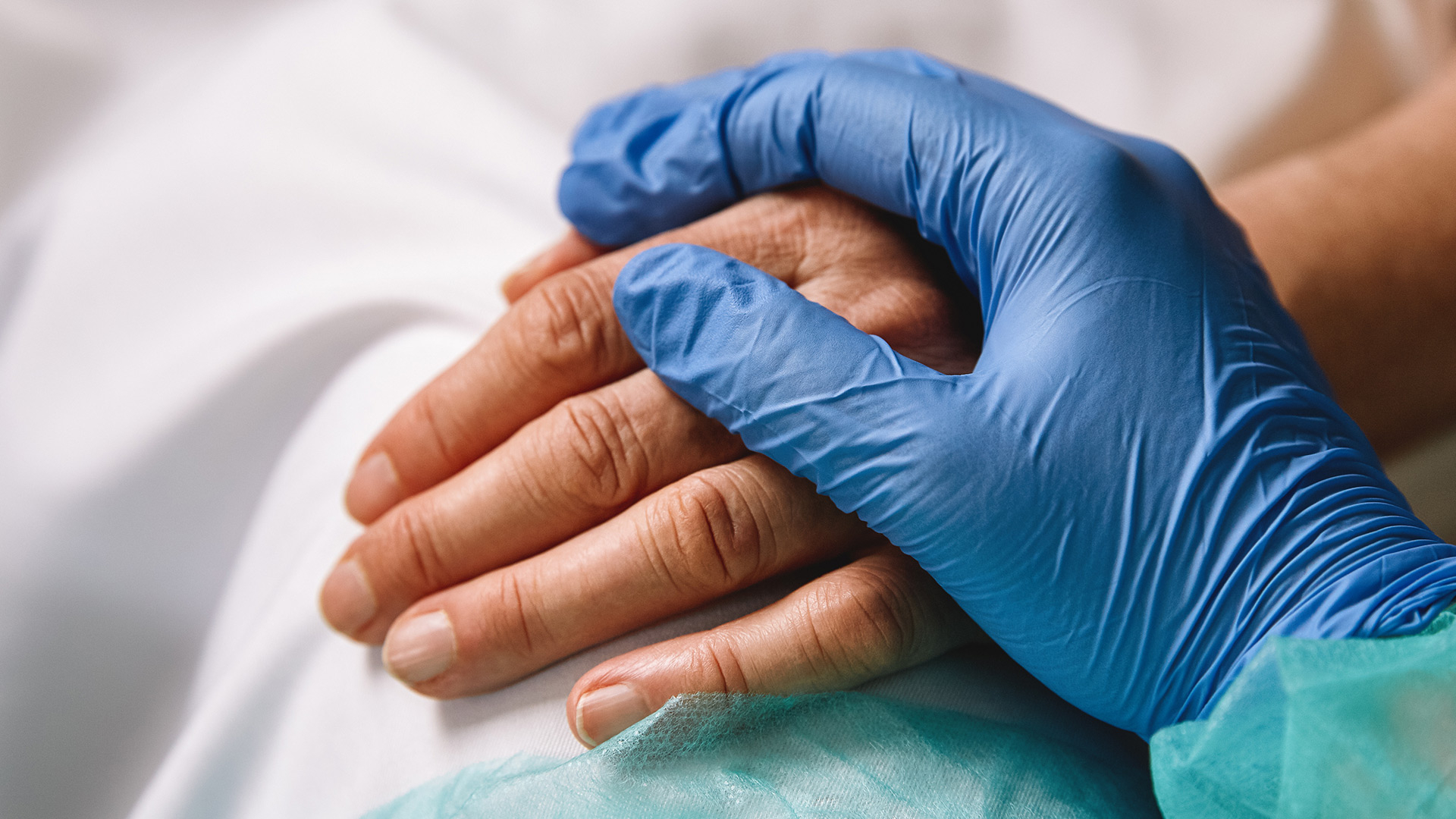 Dozens of flood-affected villagers in a southern Pakistani village line up at the door of a charity clinic in order to speak with a volunteer doctor.

The village of Bhambro is located in a poor section of Sindh province, which has been severely affected by record floods that have destroyed more than a million homes and damaged key infrastructure, such as hospitals.

Bhambro is surrounded by huge tracts of flooded farmland, and the streets are clogged with mud and littered with garbage and manure — ideal conditions for the spread of malaria, cholera, and skin illnesses such as scabies.

“Dirty, stagnant water and unsanitary conditions are the leading causes of skin illnesses here,” said Sajjad Memon, one of the doctors at the clinic run by the nonprofit Alkhidmat Foundation.

On Tuesday, he used the illumination on his mobile phone to check patients, who primarily presented with scabs and rashes.

Many had walked barefoot through muddy floodwater and mud to reach the facility.

“My child’s foot is in excruciating pain. my feet as well “Azra Bhambro, a 23-year-old lady who had sought assistance at the clinic, stated as much.

The physician in charge of Alkhidmat’s clinics in the region, Abdul Aziz, told AFP that scabies and fungal illnesses were on the rise.

According to the World Health Organization, scabies epidemics are prevalent in crowded, tropical environments, such as flood relief camps and shelters, and can cause severe itching and rashes.

Memon told AFP that many of the clinic’s patients were unable to afford shoes.

In a statement released on Tuesday, the WHO cautioned that the millions of people affected by the floods face grave health risks, including potentially fatal infections such as malaria and dengue fever.

Sindh region in southern Pakistan has been impacted particularly severely, with extensive tracts of land submerged and many peasants having to seek shelter, food help, and medical support in large towns.

In locations like Bhambro, where health services were already inadequate, and for the tens of thousands taking refuge in overcrowded rescue shelters, the health threat is significantly greater.

“Ongoing disease outbreaks in Pakistan, including acute watery diarrhea, dengue fever, malaria, polio, and Covid-19, are being exacerbated, especially in camps and areas where water and sanitation infrastructure has been disrupted,” said WHO.