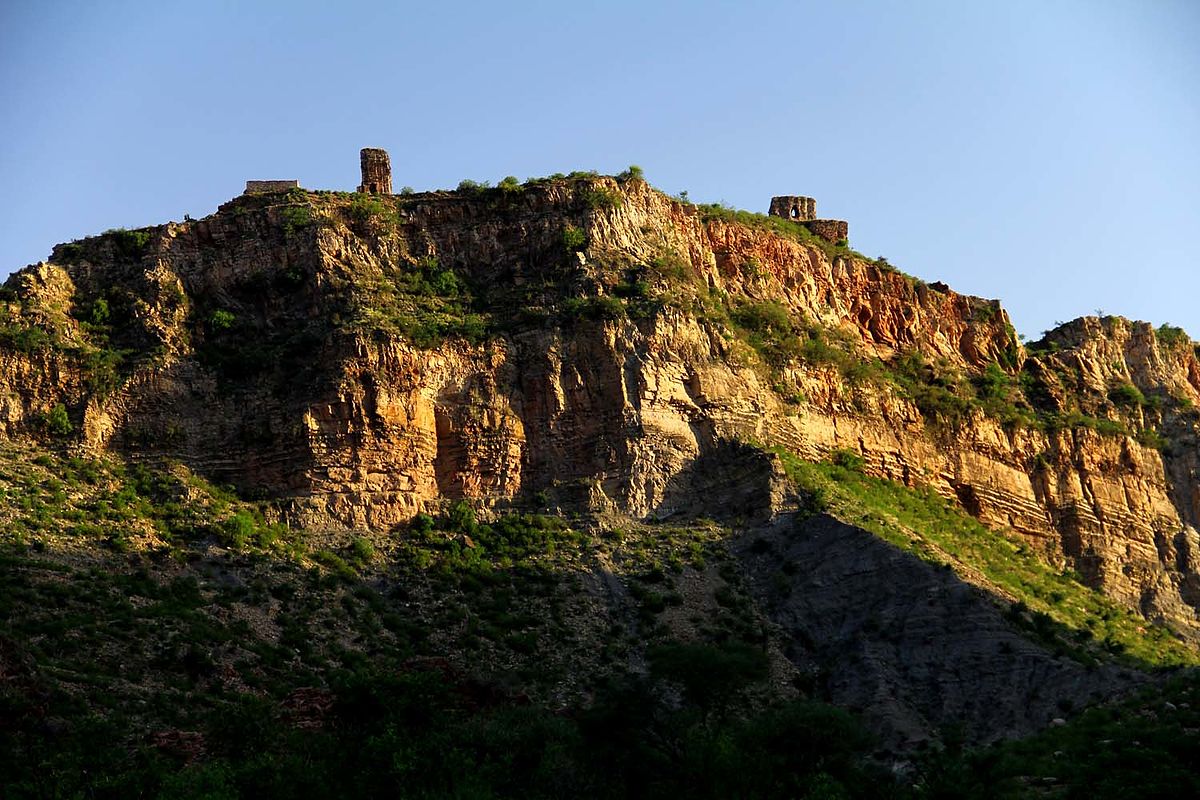 The Tourism Development Corporation of Punjab (TDCP) is nearing the completion of restoration work on the historical Nandana Fort, an 8th-century temple, a historic mosque, and the laboratory of Muslim Persian scholar Abu Rayhan Al Bruni.

TDCP has also paved the paths from GT Road to the over a thousand-year-old Nandana Fort, which was built at an elevation of 5,000 feet by the rich Hindu ruler Inder Pal in the Baghanwala hamlet of Pindadan Khan Tehsil in the Jhelum district.

Located within the salt range, the fort’s foundations were severely corroded and in desperate need of repair.

Different points leading to the fort have been outfitted with restrooms, canteens, rest houses, hotels, and tuck shops, as well as shaded benches and lighting. During the archaeology department’s investigation, utensils and a sewerage system were also discovered.

In ancient times, this was the only path to Delhi, and all Afghan invaders used to take it.

In addition, the Hindu Shahi emperors established specific checkpoints to monitor the progress of invaders.

Imran Khan, the former prime minister of Pakistan, visited this fort in February 2021 and ordered its repair by constructing a world-class science laboratory in Al-honor Bairuni and renovating the fort, the temple, and the mosque.

A $300 million initial funding was also provided for the rehabilitation project. The Baghanwala village on the road to Nandana.

Fort has been designated a “model community” and given water, electricity, gas, and telephone facilities. Next month, Internet connectivity will also be supplied to the village.

At Nandana Fort, a rest house, a hotel, a kiosk, snack shops, and restrooms have been created, along with the installation of benches and lighting.

A plaque depicting the fort’s history has also been placed. The roads from Baghanwala to the fort have been paved using stones sourced locally. The medieval fort is anticipated to be open to the public within the next three months.

A large temple sits adjacent to this fort. This temple was constructed in honor of the Hindu deity Shiva. Abu Rayhan Al Bairuni, a prominent Muslim Persian scientist, measured the circumference of the earth in the laboratory of the historic fort.

Consequently, the structure is also often known as the Al Bairuni Centre. On the site where Al-Bairuni conducted tests, a state-of-the-art science laboratory is being constructed.

This laboratory will be outfitted with computers and internet access. Young scientists from across the nation will conduct experiments in the laboratory. In the 10th century, Mahmud Ghaznavi assaulted and conquered this fort following a week-long siege. After the victory, he constructed the Ghaznavi Mosque, a magnificent mosque adjacent to the shrine.

Additionally, the mosque has been adorned and painted in accordance with its original architecture.

Here, the archaeology department is also conducting excavations in phases. In the coming months, the public will be able to see the Al-Bairuni laboratory, Nandana Fort, Ghaznavi Mosque, and the thousand-year-old temple.

I shall soon visit Nandana fort, built at a strategic location on a hilly Salt Range in Punjab #Pakistan pic.twitter.com/ExhBTywHRh