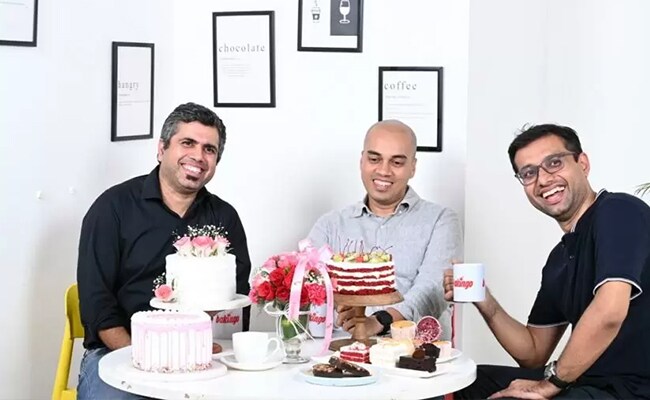 Bakingo, an online bakery founded in 2016, operates on a cloud kitchen concept and has a presence in over 11 locations across the country. It generates revenue in the multi-billion rupee range.

After completing college in 2006 and 2007, the trio worked for a few years in corporate employment before launching their first business, Flower Aura, an online flower, cake, and customized gifts firm in 2010.

Suman told The Weekend Leader that Flower Aura had very humble beginnings in a basement in Gurugram when describing its path.

In February 2010, one year before Suman arrived, the business was founded with 2 lakh in the capital.

“At first, we had a single person who served as a customer service representative and also oversaw operations and delivery,” he continued, before discussing the day of the company’s breakthrough.

On Valentine’s Day of 2010, the number of orders increased significantly, and the co-founders Himanshu and Shrey had to oversee the order deliveries.

Shrey stated, “That day, Himanshu and I delivered at least fifty percent of the orders in Delhi NCR.”

The venture saw exponential growth, and its owners believed it was time to expand.

Himanshu Chawla, Shrey Sehgal, and Suman Patra established Bakingo as a distinct brand under a new corporation in 2016.

The enterprise aims to fill the void of a company that could deliver the same brand of fresh cakes with the same flavor from numerous locations around the nation.

“Bakery business in India has historically been a more localized experience, almost like a boutique, that may serve the best product but fails to scale with several sites,” Himanshu explained.

The brand offers a greater selection of cakes not only in major cities such as Hyderabad, Bengaluru, and Delhi NCR, but also in tier two cities such as Merrut Panipat, Rohtak, and Karnal.

Approximately 30% of Bakingo’s sales occur through their website, while the remaining 70% occur on other food portals such as Swiggy and Zomato.

Comments
The company ended the fiscal year 2021-22 with a revenue of 75 crores and a workforce of over 500 individuals. This year, Bakingo also opened its first storefront in Delhi.

Ideas are easy. Implementation is hard.