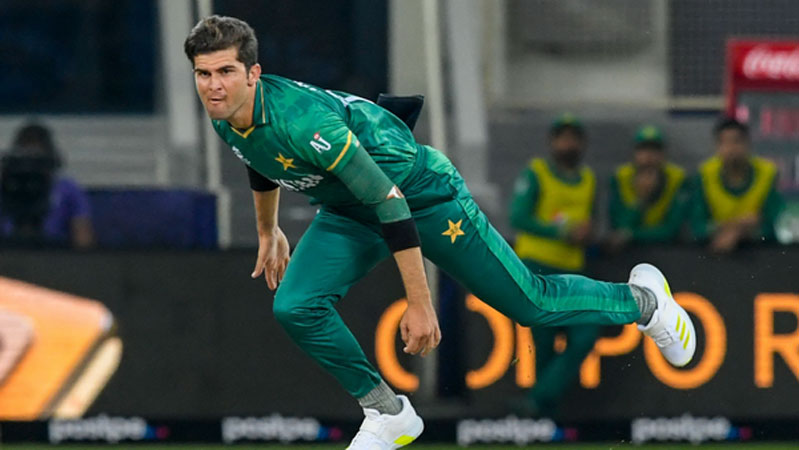 LAHORE: Injured Pakistan quick Shaheen Shah Afridi will complete rehabilitation for his knee injury in London. The Pakistan Cricket Board (PCB) has said he is expected to regain complete fitness before the T20 World Cup in October though his return to cricket will be decided by the board’s medical advisory panel. The decision represents a reversal of the PCB’s initial plan, who had initially said Afridi would travel with the team while undergoing rehab.

Afridi sustained the right knee ligament injury while fielding during the first Test against Sri Lanka in Galle in July. He has been kept on the sidelines ever since, but he did travel with the team — and some doctors as well — to the Netherlands for a three-match ODI series in August. Ahead of their departure to Rotterdam, Babar Azam said Afridi would play no more than one match. Still, he went on that tour, and it was in the middle of it that the seriousness of the injury emerged. Afridi was ruled out of both the Asia Cup and a seven-match T20I series at home against England in September.

“Shaheen Shah Afridi requires uninterrupted, dedicated knee specialist care and London offers some of the best sports medical and rehabilitation facilities in the world,” PCB’s chief medical officer Najeebullah Soomro said in a release issued by the board. “In the best interest of the player, we have decided to send him there. The medical department will receive daily feedback on his progress whilst in London and we are confident Shaheen will return to full fitness before the ICC Men’s T20 World Cup.”

In recent years, 22-year-old Afridi has established himself as Pakistan’s frontline bowler across all three formats, and alongside Babar, is Pakistan’s best known and most marketable cricketer. He has tended to play most of Pakistan’s internationals, providing the team with serious wicket-taking threat, especially in the Powerplay. Pakistan missed him in their Asia Cup opener on Sunday, where India were able to recover from a bit of early damage during a chase of 148. Afridi has previous with India having wrecked their top-order in the 2021 T20 World Cup. Overall, he has 47 wickets in 40 T20Is, and has played at least 25 internationals in all three formats since his debut in 2018.