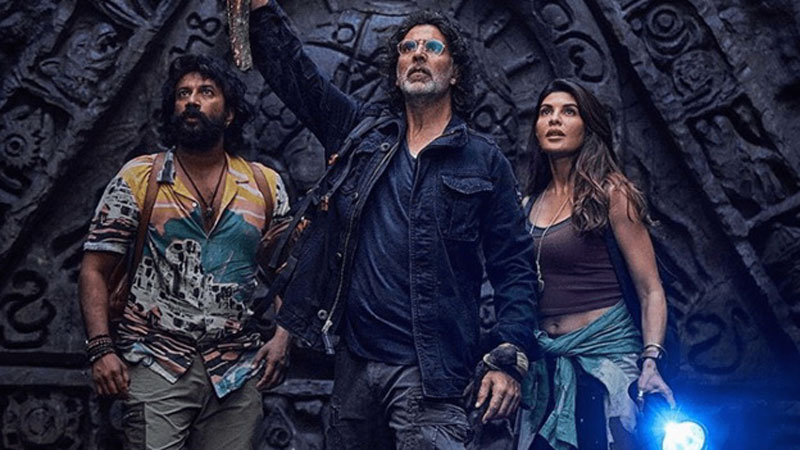 After a massive decline in theatre shows for Raksha Bandhan, Akshay Kumar is facing another challenge as BJP leader Subramanian Swamy has sent a legal notice to the team of Ram Setu, including Jacqueline Fernandez and Nushrratt Bharuccha, for “distorting facts” in the yet to be released movie.

According to the Hindustan Times, the former Rajya Sabha MP sent a legal notice on Sunday accusing Hindi cinema of having a habit of misrepresenting facts. The politician had tweeted, “Mumbai cinema [or is it sin-e-ma] wallas have a bad habit of falsifying and misappropriation. Hence to teach them Intellectual Property Rights, I have through Satya Sabharwal Adv issued Legal Notice to Cine Actor Akshay Kumar (Bhatia) and 8 others for distorting Ram Setu saga.”

According to a report by ANI, his advocate said in the legal notice, “My client in 2007 has successfully argued before the Supreme Court for the preservation and protection of the Rama Setu and had opposed the Sethusamudram Ship Channel Project of the Government of India which envisaged rupturing the Rama Setu, on August 31, 2007, the Supreme Court was pleased to pass stay order against any plan to demolish or damage the Rama Setu. This was on the grounds that faith and worship is a constitutional imperative.”

The notice said that stated that Swamy got to know about the film and believes the court proceedings are an integral part of saving Ram Setu. “If the same is being picturised in the addressee’s film, then my client has contributed in the film vide the court proceedings initiated and my client is bound to be recognised for the same with correct picturisation of original facts and the original petitioner’s name used anywhere in the film,” read the notice.

The politician wants the script and frames related to the landmark in order to prevent any “falsification of facts”. The notice demanded that the BJP leader be credited for his contributions to the Ram Setu case in the opening credits of the film. The politician also demanded to receive the final script and an invitation to watch the film before it releases for the public.

The film is an action-adventure drama that follows the story of an archaeologist investigating whether Ram Setu is a myth or a reality. The film is expected to release in theatres on October 24.