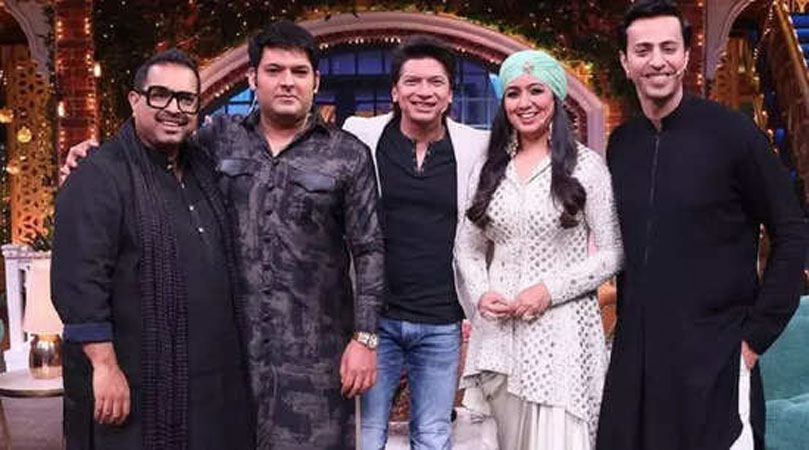 Comedian Kapil Sharma is all set to come up with a new season of his popular show ‘The Kapil Sharma Show’. Recently, Kapil impressed legendary singers Shankar Mahadevan and Hariharan with his singing talent.

Taking to his Instagram handle, Kapil dropped a video from a musical event night featuring Shankar Mahadevan and Hariharan.

In the video, Kapil was seen with Mahadevan and Hariharan on the stage. When Hariharan started singing his famous ghazal by ‘Kash Aiesa Koi Manzar Hota’, following his lead, the comedian sang in his soothing voice, which left the audience and everyone on the stage stunned.

Meanwhile, the ‘Kis Kisko Pyaar Karoon’ actor is back with a new season of ‘The Kapil Sharma Show’. Recently, a promo video was released of the show which featured Kapil with his team including Kiku Sharda, Chandan Prabhakar, Sumona Chakravarti, and Archana Puran Singh. Gaurav Dubey, Ishtiyak Khan, Sidharth Sagar and Srikant G Maski were also spotted in the video.

The show is to premiere on September 10.

And also Kapil starrer ‘Zwigato’ is all set to have its world premiere at the 47th Toronto International Film Festival (TIFF).

Written and directed by Nandita Das, the film features Kapil a new food delivery rider who is exploring the world of gig economy.

The film also stars Shahana Goswani, who will be seen playing Kapil’s wife, a homemaker, who starts to work for the very first time to support her husband’s income. Set in Bhubaneswar, Odisha, the film captures what an ‘ordinary’ family faces in the post-pandemic world.