* PTI leader alleges he was tortured, strangled in police station
* I am not a terrorist but was isolated in terrorists' cell for 10 days 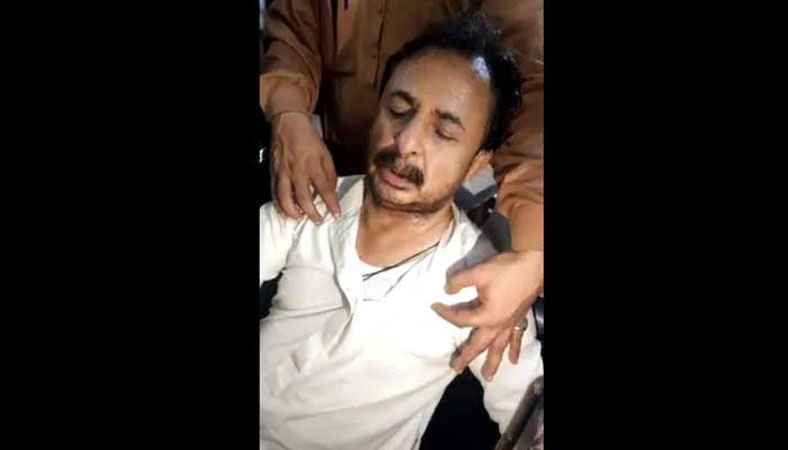 A court Tuesday rejected a plea seeking physical remand of Leader of the Opposition in the Sindh Assembly Haleem Adil Sheikh in a land-grabbing case and remanded him in judicial custody.

The court directed the anti-encroachment officials to submit the case challan in the next hearing. The PTI Tuesday alleged that Adil was tortured by the police during custody.

The party shared a video of Sheikh on its official Twitter account in which he could be heard saying that he was strangled. He also showed a small wound on his shin, which he claimed was swollen.

Sheikh was arrested on Monday by the Anti-Encroachment Force (AEF) in connection with a land-grabbing case. The AEF produced him in the court of judicial magistrate Malir on Tuesday.

“Pakistan is in the grip of a bunch of criminals. These mafias know they will meet their political end in the elections,” he said.

Leader of the Opposition in the Senate Dr Shahzad Waseem alleged that the Sindh government’s “unending continuation of fascism and brutal treatment” against Sheikh was still going on.

PTI leader Shireen Mazari also shared a video of Sheikh in a distressed and disheveled state.

Sheikh’s daughter, Ayesha Haleem Adil Sheikh, also shared a series of videos and alleged that he was being tortured and mistreated. “This is Haleem Adil’s leg, and it’s completely swollen. He needs urgent medical attention as he cannot walk. Instead of providing him [with] his basic rights, Sindh police and their IO (investigating officer) tortured him more and strangled him by the throat.” Meanwhile, neither Sindh police nor the provincial government have issued a response to the situation. A day ago, Sheikh was arrested by the AEF minutes after he was released on bail by prison authorities in a terrorism case. His dramatic arrest had taken place as soon as he came out of the Karachi central prison. AEF officials, who were apparently waiting for him outside the prison, whisked him away. He was later shifted to the Anti-Encroachment police station and shown arrested in another land-grab case.

According to the fresh FIR, a former revenue official had allegedly illegally allotted 25 acres of state land to Sheikh and 10 others for a cooperative housing society in Scheme-33, where the nominated persons had set up a cattle pen and warehouses. They were issued notices under the Sindh Public Property (Removal of Encroachment) Act, 2010, asking them to vacate the land in question, but they failed. A case under Section 8(1) of the Sindh Public Property (Removal of Encroachment) Act, 2010 was registered at the Anti-Encroachment police station, East, on the complaint of revenue officer (mukhtiarkar) Zulfiqar Ali Mangi on Aug 29. Earlier in the day, an ATC judge had pronounced his order on an application seeking a grant of post-arrest bail to the PTI leader and his release from prison. The judge had granted him bail subject to furnishing a surety of Rs50,000 and directed the prison authorities to release him immediately if his custody was not required in any other case.

According to the police, Sheikh had allegedly facilitated and instigated his aide Shahzada Faheem Laghari to open firing on the AEF’s Director and his team during an anti-encroachment operation. A case was registered under Sections 109 (abetment), 324 (attempted murder), 353 (assault or criminal force to deter public servant from discharge of his duty), 506-B (criminal intimidation) and 34 (common intention) of the Pakistan Penal Code at the Gulshan-i-Maymar police station. AEF’s investigating officer (IO) produced Sheikh before the judicial magistrate and requested his 14-day remand in police custody for interrogation. During the hearing, the PTI leader alleged that he was kept in a ward meant for terrorists.

He further alleged that he had not been fed in two days, adding that the jail authorities had also not provided him with medical treatment for a leg injury. Opposing the IO’s request for physical remand in police custody, Sheikh’s defence counsel contended that under the law it was mandatory to obtain a no-objection certificate (NOC) from the Sindh Assembly speaker before arresting any lawmaker, but the AEF had failed to do so. 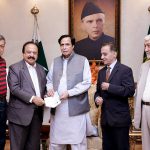