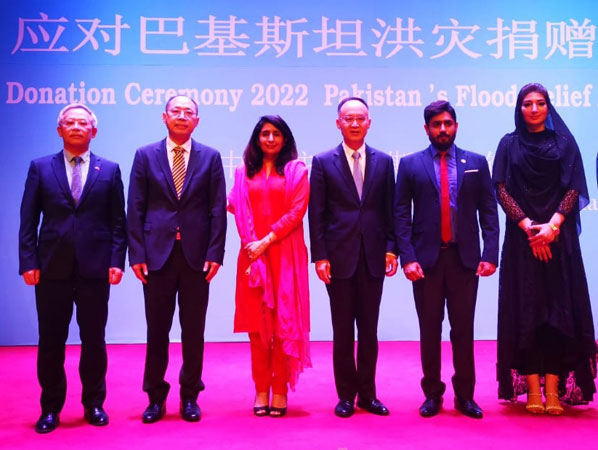 China on Tuesday promised to support Pakistan’s post-disaster reconstruction besides promoting bilateral cooperation in both disaster prevention and mitigation.

Addressing the handover ceremony of $300,000 emergency cash assistance for the flood-affected people of Pakistan to Pakistan Red Crescent Society, Chinese Ambassador Nong Rong said Pakistan is facing severe flood disaster which has caused much casualties and heavy economic loss. “We share the agony of those people who are caught in difficulties and troubles. The Chinese people always remember when the Wenchuan earthquake hit China in 2008, Pakistan donated all the tents in storage to stricken areas.”

“When Pakistan is hit by the flood, the Chinese government expressed concern and sympathy in the first time. This afternoon, I attended the first batch of 3000 tents hand-over ceremony under the China Emergency Humanitarian Assistance. It is a part of our donation package worthy of 100 Million RMB, including 25,000 tents and other relief materials,” he said. “Besides this, All-Pakistan Chinese Enterprises’ Association (APCEA) has donated 15 Million Rupee to the PM Flood Relief Fund. Some of the Chinese enterprises in Pakistan are still working on providing more relief materials and cash donation to the local community, and the Chinese Government also promises to support Pakistan’s post-disaster reconstruction, and to promote bilateral cooperation in both disaster prevention and mitigation,” he added. 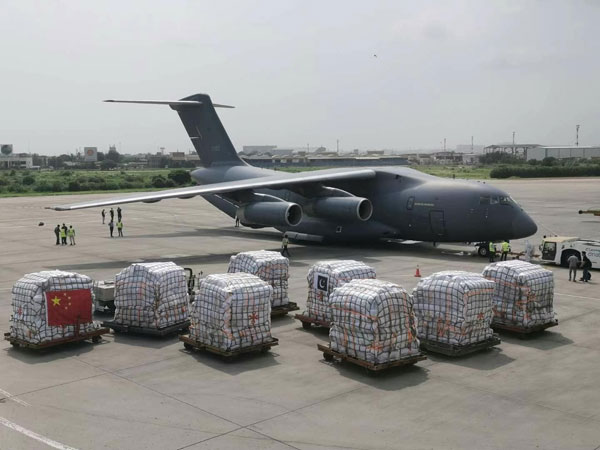 “President Xi Jinping sent his message of sympathy over the flood disaster to President Arif Alvi, expressing that China and Pakistan are all-weather strategic partners with a long tradition of mutual assistance, and China will continue to help and assist Pakistan’s relief work,” the ambassador said. “Chinese Premier Li Keqiang also gave his message of sympathy to Prime Minister Shahbaz Shareef on the same day. I am sure through our joint efforts, we will overcome the difficulties,” he added.

“Disasters have no emotion, but people do. Our actions of support and assistance, highlights our ironclad brotherhood that sharing weal and woe,” Ambassador Nong Rong said. “Quoting President Xi Jinping as saying, “When brothers come together, there is nothing they cannot achieve”, I strongly believe that with the joint efforts of Pakistani Government and people, Pakistan is surely to overcome the flood disaster at an early date,” he concluded. Earlier in the day, Ambassador Nong Rong flied to Karachi to receive the first batch of 3,000 tents donated by Chinese government. Chinese President Xi Jinping and Premier Li Keqiang have expressed their complete solidarity with the government and people of Pakistan over the human and financial losses in the recent floods that devastated huge parts of Pakistan.

Chinese Ambassador to Pakistan Nong Rong conveyed these special messages to President Dr Arif Alvi and Prime Minister Muhammad Shehbaz Sharif from the Chinese leadership. The Chinese leadership expressed their grief over the losses. China has announced an assistance grant of RMB100 million (Yuan), besides the dispatch of 25,000 tents and other assistance items. The first batch of the relief aid containing 300 tents has already arrived in Karachi.