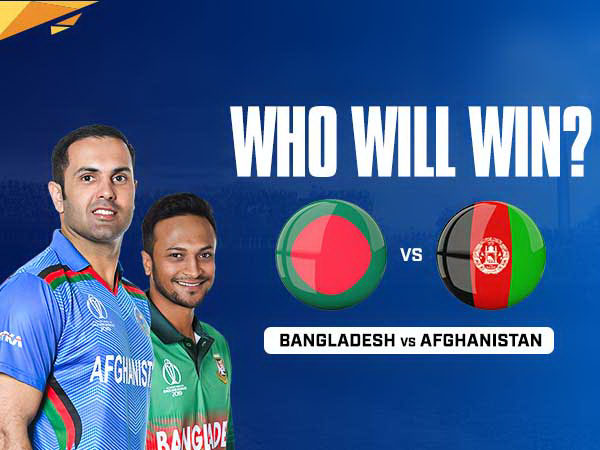 SHARJAH: Afghanistan vs Bangladesh is the downticket rivalry of the Asia Cup. If not anyway, then definitely so as it comes close on the heels of the India vs Pakistan fixture over the weekend. There are clear favourites — and underdogs — for this one, too. Bangladesh have seen their T20I fortunes dip significantly in recent times. Afghanistan, after losing a T20I series earlier this month, in Ireland, got their act together against Sri Lanka in their first match of the Asia Cup. It was also their second-largest win in terms of balls remaining — 59. Fazalhaq Farooqi and Naveen-ul-Haq made full use of the new ball after Mohammad Nabi put Sri Lanka in to bat. They were reduced to 5 for 3 in the second over itself. Afghanistan allowed only a brief resistance before Sri Lanka collapsed once again. Then it was the turn of Afghanistan’s destructive opening pair of Hazratullah Zazai and Rahmanullah Gurbaz to complete the job. They struck 13 boundaries between them, including four sixes from Gurbaz in his 18-ball 40. A couple of wickets fell, but Afghanistan gave a good glimpse of their attacking flair. And familiarity with the conditions help — they have played plenty of short-format matches in the UAE. Despite the small dimensions, Sharjah has a surprisingly low batting average — 143 — for sides batting first in T20Is in the last 12 months. The weather will be quite hot even though it’s a 6:00 pm start.

Attacking flair, and an aggressive attitude — Bangladesh’s T20I game is missing both. They come into the Asia Cup on a low, having lost both white-ball series in Zimbabwe earlier this month. They gave away strong positions in both the T20I losses as they went down 2-1. But Bangladesh were without Shakib Al Hasan and Mushfiqur Rahim in Zimbabwe, so their return, coupled with that of Mohammad Saifuddin, could boost them. Sabbir Rahman and Mohammad Naim are also back in the side, but that’s mainly due to injuries to Litton Das and Nurul Hasan, two batters who have shown a bit of T20I form of late. Sabbir’s return came after he trained with the Bangladesh Tigers squad, while Naim struck a century in the one-day series against West Indies A earlier this month. Perhaps being underdogs will help Bangladesh against high-flying Afghanistan.

Fazalhaq Farooqi was one of Afghanistan’s heroes in the match against Sri Lanka. His opening burst blew away the top order, and he finished with 3 for 11, the sort of spell Bangladesh are familiar with from earlier this year – Farooqi was fast, accurate and effective in the ODI and T20I series in Chattogram and Dhaka. His confidence must be soaring after the Sri Lanka demolition job. Shakib Al Hasan is Bangladesh’s best bet against Afghanistan, or anyone else, for that matter. Returning as the T20I captain after nearly three years, Shakib has a lot on his plate but he is known as someone who invariably manages to bring the best out of himself when under pressure. His four overs will bring back an attacking option for Bangladesh, while his free stroke play will help the misfiring top order.

Afghanistan have little reason to change the playing XI, and, bar injuries, should be unchanged. Bangladesh have a few more options than when they went to Zimbabwe with a limited squad. Shakib, Mushfiqur and Saifuddin should all get in, and will add balance to their line-up. Shakib will become the third Bangladesh cricketer to play 100 T20Is, after Mahmudullah and Mushfiqur. Spinners have a better average, economy rate and strike rate than quick bowlers at the Sharjah ground in the last 12 months. Afghanistan have a 5-3 edge over Bangladesh in T20Is, although their last bilateral series ended 1-1.