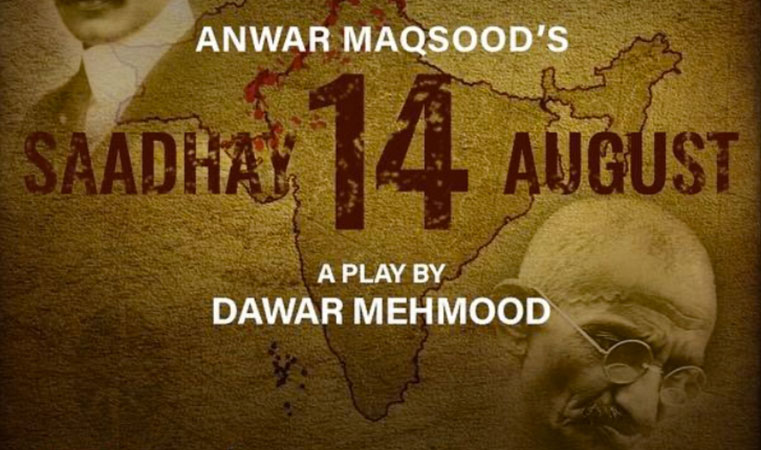 Renowned playwright Anwar Maqsood’s Saadhay 14 August opened on the country’s 75th Independence Day with much fervour and anticipation, bringing the theatrical trilogy that began ten years ago to a close.

The play, which is followed by Pawnay 14 August and Sawa 14 August, has been running to full horses since its launch. However, a critique that surfaced was the decision made by the writer to include an item song in the political comedy play. And in a recent conversation with a local channel, Maqsood explains his thought process behind the inclusion of the particular scene.

The popular playwright commented, “There is an item number because an item number was an important part of Hindustan’s film culture. However, now this culture has left Hindustan as Delhi is in ruins.” Since the play is based on the history and culture of the subcontinent, the inclusion of an item song was deemed necessary by the playwright.

Maqsood is also critical of the incorporation of item songs as seen today in Bollywood. “In a country where there is poverty and many do not have the means to eat, it is the same place where filmmakers are spending crores for the making of item numbers,” he says.

“The making and tune of my item number are different as it is based on the whole play. Through it, I wanted to say that this is the culture of Hindustan and that this song is necessary for every film. Without it, no film can be a hit, and there’s no point to the song otherwise. We have heard so many songs from Hindustan, but we have never heard a song like this that becomes a part of every film,” he explains.

“In my life, I never would have done such a thing, but due to the worsening conditions of our neighbouring country, I wanted to show this scene. I wanted to show that in a country where crores are spent on such songs, there are millions that are hungry,” he adds.

Concluding his stance, Maqsood also offers an apology to all the attendees who were offended by the inclusion of the item song, albeit with the addition of his humour that we all have come to expect and admire. “I want to apologize to everyone who was offended by the item song. However, even those who were offended were viewing the song with the utmost attention,” he lightly says.

Saadhay 14 August is part of a trilogy project that began in 2012 with Pawnay 14 August, positively changing the state of theatre in the country for years to come. According to Maqsood, he is hoping for the country to see better days ahead to conclude with a complete 14 August instead of the fragments of time in the title. “I come to Pakistan from Hyderabad, Deccan after the Partition. I was eight years old. From 1947 till now, I await 14 August,” he solemnly states.