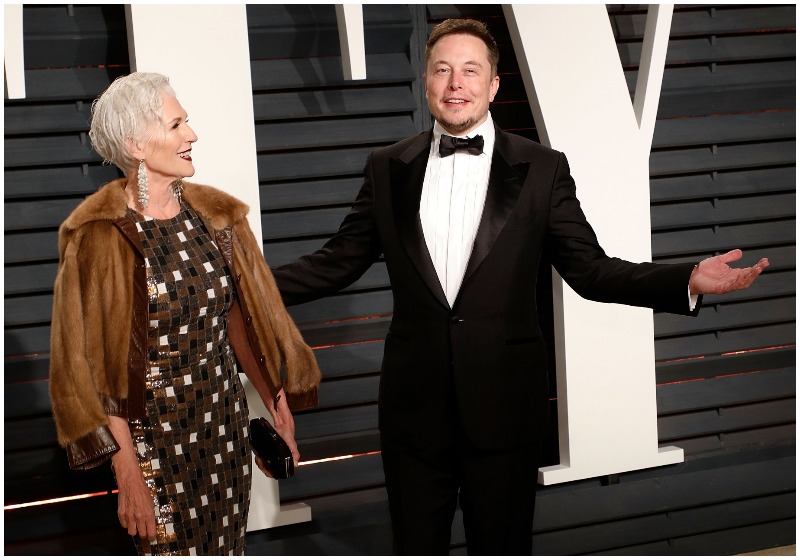 When visiting her son in Texas, Elon Musk’s mother Maye made the startling admission that she sleeps in the garage.

Despite being the mother of the richest man in the world, the 74-year-old claimed she has no need for material goods. The mother of Elon Musk claimed that she had little interest in material stuff.

In an interview with The Times, the mother of the tech attraction stated, “You can’t have a nice house near a rocket facility.”

Musk has a personal net worth of $229 billion. He had already stated in April that he did not “even own a home right now.” The computer tycoon said that he resided “at friends’ residences.”

The Tesla owner had previously posted that his primary house was a $50,000 SpaceX rental. The Texas office of the corporation was conveniently close to the house.

Following his announcement to sell off all of his material possessions and devote himself to “Mar and Earth,” Musk started clearing out his real estate holdings last summer.

“Almost all of my material goods are being sold. In a tweet from May 2020, he stated, “Won’t own any houses. In 2020, the multi-billionaire tweeted, “Don’t need the cash,” adding that having money “only weighs you down.”

It’s a bed with a side table in the garage. What more do I need? @elonmusk I could sleep in a hotel 45 minutes away, but then I don’t see you. It’s better than sleeping on the ground in the Kalahari Desert, as I’ve described in my book. @nypost a bed with a roof is a luxury🤗 https://t.co/64XCDnwyF3

But unlike Musk, his mother said she has little interest in Mars. In the interview, she stated, “You have to have six months of preparation and isolation, and that simply doesn’t appeal to me,” adding that she would comply if her children asked her to.

Three children, Elon, Kimbal, and Tosca, are born to Maye and Errol Musk.