Will ‘Gangubai Kathiawadi’ make it to the Oscars? 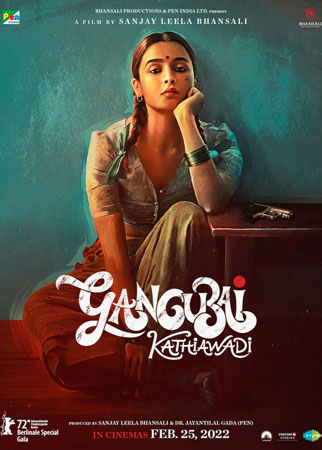 Not just a hit, the film was also a visual masterpiece for audiences and critics alike. Buzz is that the biographical crime drama is one of the few films that are in contention to be India’s official entry for the Oscars this year.

Gangubai Kathiawadi has had multiple screenings in the international belts earlier this year and was received with a standing ovation from the audience at the Berlin Film Festival too. Before releasing in India, the film premiered in Berlin. Apart from that, it was also one of the highest-grossing Indian films in the International belt, with an overseas collection of $7.50 million.

The Oscar announcements are expected to be made in a couple of months. Previously, SLB’s 2002 film ‘Devdas’, starring Shah Rukh Khan, Aishwarya Rai and Madhuri Dixit earned an Oscar nomination.

Meanwhile, SS Rajamouli’s period drama RRR is also in talks for the official entry to the Oscars. Vivek Ranjan Agnihotri’s ‘The Kashmir Files’ might also be in the race for the prestigious Academy Awards.

The Oscar announcements are expected to be made in a couple of months.

Speaking of Sanjay Leela Bhansali, the filmmaker is currently shooting for Heera Mandi following which his highly anticipated ‘Baiju Bawra’ will go on floors.