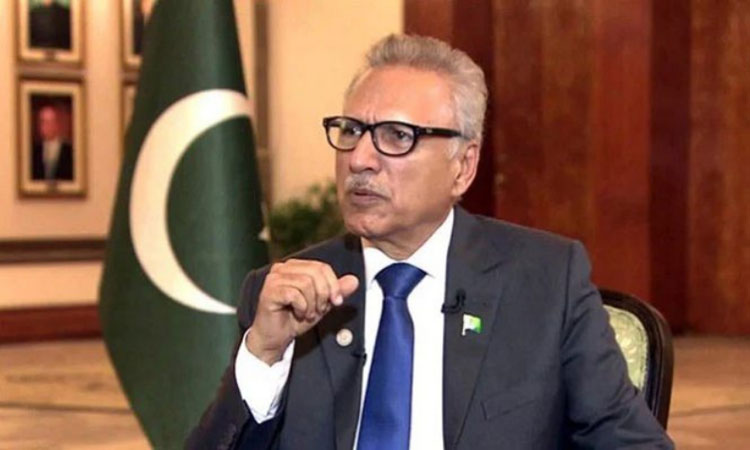 President Dr Arif Alvi on Sunday reinforced the Government of Pakistan’s appeal for international assistance and relief to support the flood affected people. On his Twitter handle, the president said that recent floods had devastated Pakistan as more than one thousand people had lost their lives with billions of dollars damages caused to infrastructure.

The president also appealed to the people in the country to donate generously to help support the flood victims. “Floods have devastated Pakistan. More than 1K lives lost & billions of $s of infrastructure damaged. Our institutions are trying their best to help people & knowing our unique spirit, I am sure that we will open our hearts. Let me reinforce govt’s appeal for int. assistance,” he posted. Meanwhile, President Alvi in another tweet reminded the nation of the courage and valour of war veteran Sepoy Maqbool Hussain, on his fourth death anniversary.

In a tweet on social media platform Twitter, he said, “While we are working for flood relief, let us remind ourselves of our heroes too. Today is the 4th Death anniversary of war veteran Sep Maqbool Hussain (SJ). Taken prisoner in 1965 by the Indian Army who could not break him down despite mental & physical torture. His tongue was also cut.”

“After spending 40 years in Indian jails, having never uttered a word against his country, Sipahi Maqbool Hussain SJ was released in 2005 at the Wagah border. Such is the soil and sentiment of Pakistan. Such spirit ensures that we can rise & overcome all our trials & tribulations,” he added.