Not everything needs to be on Twitter: Faysal Qureshi 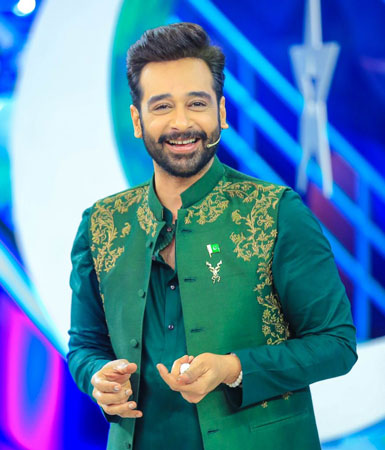 With nearly half of Pakistan affected by floods, celebrities who have hosted game shows have been called out for not doing enough to help flood affectees. But one of those game show hosts, Faysal Qureshi has hit back at the criticism, noting that not everything needs to be posted on social media.

On August 26, a Twitter user raised concerns about the lack of support for the national flood emergency from Pakistani celebrities. With a picture of a newspaper clipping with the headline, “Where are the people missing who hand out 50 tolas of gold and free bikes?” Twitter user Amir Hamza Hamza posed the question: “why are they not helping the flood victims?”

With Faysal Qureshi referred to in the newspaper clipping along with other television hosts and actors Fahad Mustafa and Danish Taimoor, chose to respond to the criticism. In an Instagram reel, Qureshi decided to respond to his critics.

He started the short video by highlighting the many comments on the tweet which claimed that celebrities are never seen donating in times of crisis, but freely appear on game shows where they hand out gifts. The Khush Raho Pakistan host said that the shows are heavily sponsored, which allows them to give away such expensive items. Moreover, he said that the newspaper cutting included in the tweet was in bad taste, not to mention from 2020. “Everything they do, doesn’t come out in the media.” They’re doing all they can to help the flood victims.

“If you’re so affected by the natural disaster, then you should come out to donate, since there are so many campaigns out there like JDC, Saylani, CPLC and many more welfare organisations that require our donations,” he said sarcastically.

He also reminded people how celebrities have always been at the forefront in times like these, and even now, celebrities were posting tweets and motivating people to donate.

He ended the video by asking: “What celebrities are saying on media and how much they donate, do they have to list down everything on Twitter?” In another Instagram reel, he mentioned how the prices of tents and temporary shelters had spiked in wake of the floods. “In such a crucial time, the prices of shelter tents have inflated. A short while ago, the price for a tent was Rs 8,000, but now it has jumped to Rs 12,000.” He then took a sly dig at the hoarders and profiteers, “Very honest people, very supportive”.